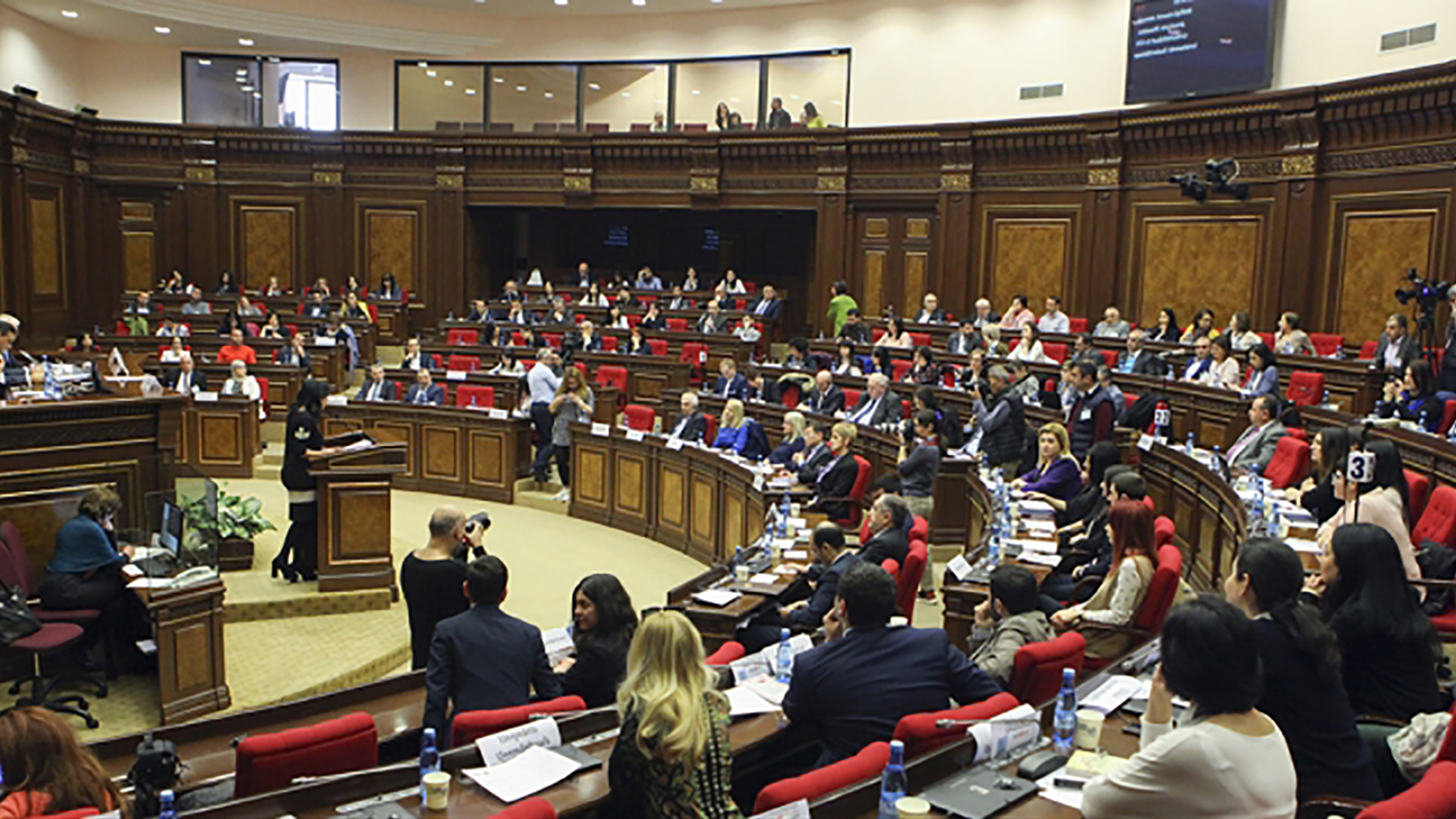 During follow-up discussions of Armenia’s universal periodic review in April 2019, Chairperson of the Standing Committee on Protection of Human Rights and Public Affairs Naira Zohrabyan gave a discriminatory speech relating to issues of transgender people. Some 20 Armenian Human Rights NGOs, including Human Rights House Yerevan, issued the following statement calling on the Armenian authorities to examine the incident and condemn the speech made by Zohrabyan.

It should be noted that this discussion was the first in its kind when the UN Universal Periodic Review Recommendations were debated in the National Assembly with the involvement and participation of various stakeholders.

Given the importance of everyone’s involvement in the process of human rights protection, we welcome,

a. This initiative of the RA NA Standing Committee on Protection of Human Rights and Public Affairs, which gives an opportunity to thoroughly and effectively discuss the situation of human rights and existing problems in the Republic of Armenia as well as to find their possible solutions through effective usage of the UN’s UPR.

b. Involvement of the Government of the Republic of Armenia, in particular representatives of the Ministry of Justice, Ministry of Foreign Affairs, Ministry of Labor and Social Affairs, and other state institutions in this process and the readiness to cooperate in the framework of the UPR.

c. The active involvement of the Human Rights Defender Institute in these processes.

It is noteworthy that during the discussion on the Universal Periodic Review, both civil society representatives and Government representatives emphasized the need for elaboration and adoption of comprehensive legislation envisaging effective mechanisms against discrimination. The necessity of introducing effective mechanisms for the protection of all groups of the society, including the rights of minorities was emphasized several times.

However, during the speeches, the chairperson of the NGO “Right Side”, trans woman Lilit Martirosyan, Chairperson of the NA Standing Committee on Protection of Human Rights and Public Affairs Naira Zohrabyan spoke out loudly about the speech, noting that the issues of transgender  individuals were not on the agenda; talking about that topic is disrespectful to her and to the parliament.

It is noteworthy that such limitations were not provided in the pre-published communications on the parliamentary hearings and on the agenda and other speeches during the hearings were not met with the same level of outrage. Moreover, the agenda included the issue of strengthening the principle of anti-discrimination, which was fully consistent with Lilit Martirosyan’s speech.

We consider Ms. Zohrabyan’s response to Lilit Martirosyan’s speech as discriminatory and degrading and call on RA NA President, other NA members to: