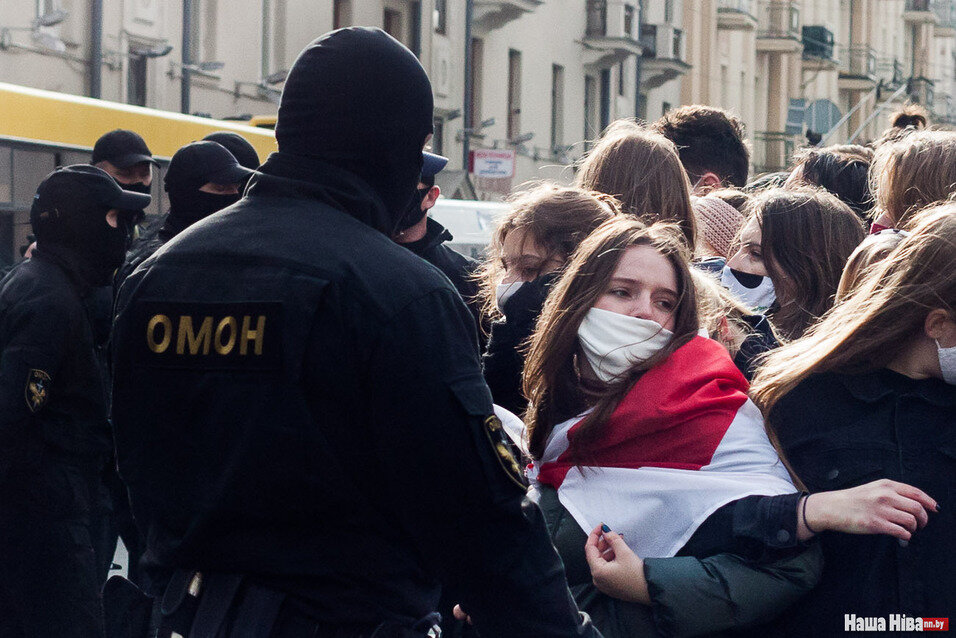 We, the undersigned associations and human rights organisations call on the Human Rights Council to create a new mechanism assisting the process of accountability for human rights violations in Belarus.

Belarus’s human rights situation further deteriorated in February 2021. This deterioration should be viewed in the context of the grave human rights violations the authorities committed in the run-up to the 2020 presidential election and in its aftermath, for which there has been no accountability, and in light of the High Commissioner’s report to the 46th session of the Human Rights Council, indicating “long-standing, chronic patterns of systemic violations and impunity”. This alarming new situation demands action by the Council to establish a new mechanism on Belarus.

The High Commissioner’s report describes “a human rights crisis of a magnitude unprecedented in Belarus”. The authorities continue to carry out wide-ranging human rights violations, including against people who have participated in public protests, spoken out about the need for new elections, or supported those pressing for change. They have targeted human rights defenders, journalists, witnesses of police abuses, artists, trade unionists, lawyers, students and other activists. Belarusian authorities continue to meet international condemnation with further attacks against their own citizens.

Developments in recent weeks mark a significant escalation. These included raids on some of the country’s most respected independent civic organisations. On 16 February 2021, the police raided and searched the central office of the Belarusian Association of Journalists and the two Minsk offices of the Human Rights Center Viasna, as well as Viasna’s office in Mahilioŭ. Police also searched the central office of the independent Belarusian Radio and Electronic Industry Workers’ Union REP.

The authorities also conducted searches at the homes or offices of more than 40 human rights defenders, journalists and their relatives in Mahilioŭ, Brest, Viciebsk, Homieĺ, Mazyr, Rečyca, Baranavičy among other cities. There were reports of excessive use of police force against individuals while police seized phones, computers, money, credit cards and even children’s digital tablets and money. In most of these cases, the raids and searches are part of a criminal investigation in which the government is falsely equating the legitimate work of journalists and human rights defenders with financing mass disturbances.

Recent weeks have also seen the wide-ranging targeting of journalists. Two journalists, Katsyaryna Bakhvalava, and Darya Chultsova, were sentenced to two years in prison on 18 February for doing nothing more than documenting peaceful demonstrations in November.

They are among many people who have received multiple-year prison sentences following unfair trials, solely for peacefully exercising their human rights. Many others are facing criminal prosecution and there are widespread reports of violations of detainees’ rights. These include being held in cold, cramped unsanitary conditions despite the threat of Covid, while simultaneously using Covid to prohibit the receipt of parcels from the outside world. Exercise is severely curtailed, medical treatment frequently denied and access to basic hygiene is limited, including for menstruating women.

Contempt for the United Nations

The Office for the Rights of Persons with Disabilities (ORPD) is an independent group under criminal investigation on trumped up charges relating to financial crimes. Its director is being held under house arrest as part of the investigation and a lawyer who worked with the group is in pre-trial custody. In reality, this investigation appears to come as retaliation for the group’s legitimate human rights work, including their cooperation with the United Nations Office in Minsk. The ORPD is a close partner with the UN Office and had done nothing more than carry out its work in good faith under the terms of this partnership.

At the same time, the Belarusian authorities continue their intransigent non-cooperation with UN Special Procedures and mandated reporting mechanisms. The Special Rapporteur on Belarus continues to be denied the opportunity to engage directly with the authorities or travel to the country.

The High Commissioner’s report describes over a decade of Belarus’s non-compliance with the United Nations’ various human rights mechanisms, including with critical recommendations of UN treaty bodies. Almost all of the recommendations of the very first report of the United Nations Special Rapporteur on the human rights situation in Belarus to the Human Rights Council in 2013 (A/HRC/23/52) remain unfulfilled and therefore relevant today.

The mandate of the United Nations Special Rapporteur remains an essential mechanism for long-term monitoring of the situation in Belarus. However, the Human Rights Council must elevate its response to meet the needs of the current crisis, particularly to ensure accountability. There has been no indication that the government of Belarus intends to fulfil repeated recommendations by the High Commissioner, the Special Procedures and other human rights mechanisms for Belarus to ensure accountability for the human rights violations occurring in the context of its Presidential election.

to identifying perpetrators and holding them to account. This mechanism should have the following elements: