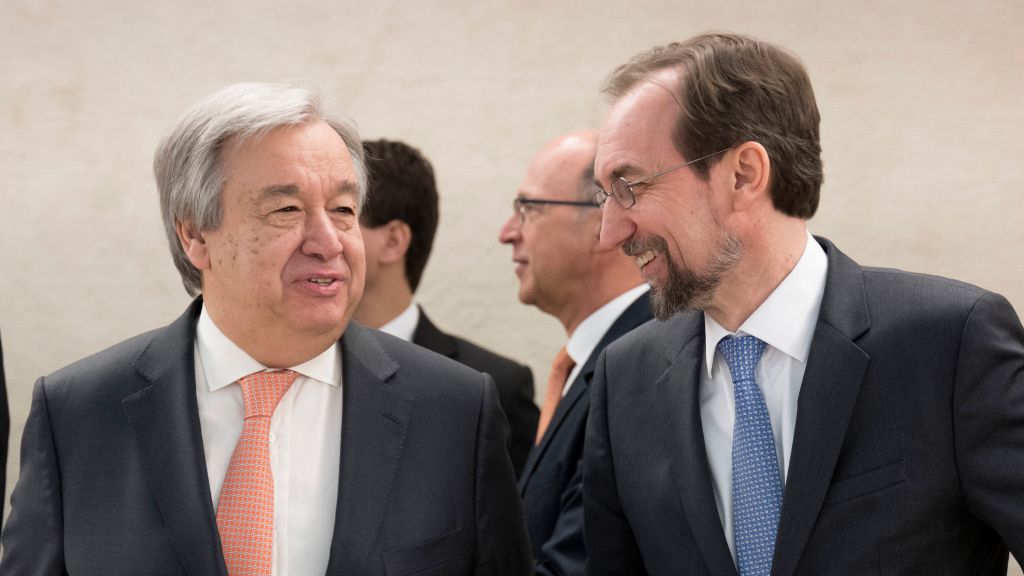 In a letter to the UN Secretary-General, a coalition of more than 70 civil society organisations has put forward proposals to revitalise and enhance the process to select the new UN High Commissioner for Human Rights.

The appointment of the new United Nations High Commissioner for Human Rights, due to take place later this year, is a vital moment for the United Nations, with implications for the human rights of millions of people around the world.

The new High Commissioner faces a world in which universal human rights norms are under threat or even in retreat, including in established democracies. The person appointed will have to confront global human rights challenges in the context of historic and on-going underfunding for the United Nation’s human rights pillar – now dubbed by many as “the forgotten pillar”. Against this backdrop, the need for global leadership and international cooperation in the area of human rights is greater than ever.

It is therefore crucial that the most highly qualified candidate is selected who will be able to rise to the challenges of this demanding and important post. Under General Assembly resolution 48/141, the High Commissioner is expected to, inter alia:

In recent years, international organisations, including the UN, have made major improvements and reforms to recruitment processes to enhance the transparency and accountability of high-level appointments. Of course, your own appointment as UN Secretary-General benefited greatly from a fairer, more open and more inclusive process. For the credibility of the United Nations as well as the standing and authority of the next High Commissioner, it is imperative that a rigorous selection process is undertaken which meets the high standards now expected by governments, civil society and the general public – standards which are also enshrined as part of universal human rights norms.

In the opinion of the undersigned, a group of civil society organisations strongly committed to upholding the UN Charter and its values, the procedure adopted by the General Assembly in 1993 to appoint the High Commissioner can be enhanced – to make it more transparent, inclusive, meritocratic, and engaging for civil society and the general public. We believe this can be achieved in a manner consistent with existing UN documents, while avoiding politicisation and keeping the final decision in your independent hands.

Specific proposals for consideration should include: publishing a formal set of selection criteria; improving the global visibility of the formal call for candidatures; publishing a clear timetable for the selection process that enables adequate assessment of candidates; publishing an official list of candidates; and requiring all candidates to produce vision statements.  We also believe, in the interests of transparency, inclusivity and public engagement, that the selection process should include wide consultation with all stakeholders, including civil society.

Such a process would, we believe, improve the authority, independence and credibility of the new High Commissioner, contribute to the existing reform agenda with regards to the revitalisation of the UN and, more broadly, improve the Organisation’s global legitimacy.

Finally, we believe thought should be given to changing the mandate of the High Commissioner to a single non-renewable term of five years. This would help any new High Commissioner avoid political pressure and would strengthen her or his independence. We recognise that this would require bringing changes to the relevant General Assembly resolution, and should thus be carefully explored by the relevant actors.

As the United Nations celebrates the 70th anniversary of the Universal Declaration of Human Rights this year, we hope that you will seize this historic opportunity to bring the procedure for the selection of the High Commissioner more squarely into line with the high principles set down in that inspiring document, including by giving due consideration to the proposals outlined above. This will help ensure that the best and most qualified candidate is selected to become the United Nations High Commissioner for Human Rights.

Association for the Prevention of Torture

Network of Democrats in the Arab World

Human Rights House Azerbaijan (on behalf of the following NGOs):

The Barys Zvozskau Belarusian Human Rights House (on behalf of the following NGOs):

Human Rights House Yerevan (on behalf of the following NGOs):