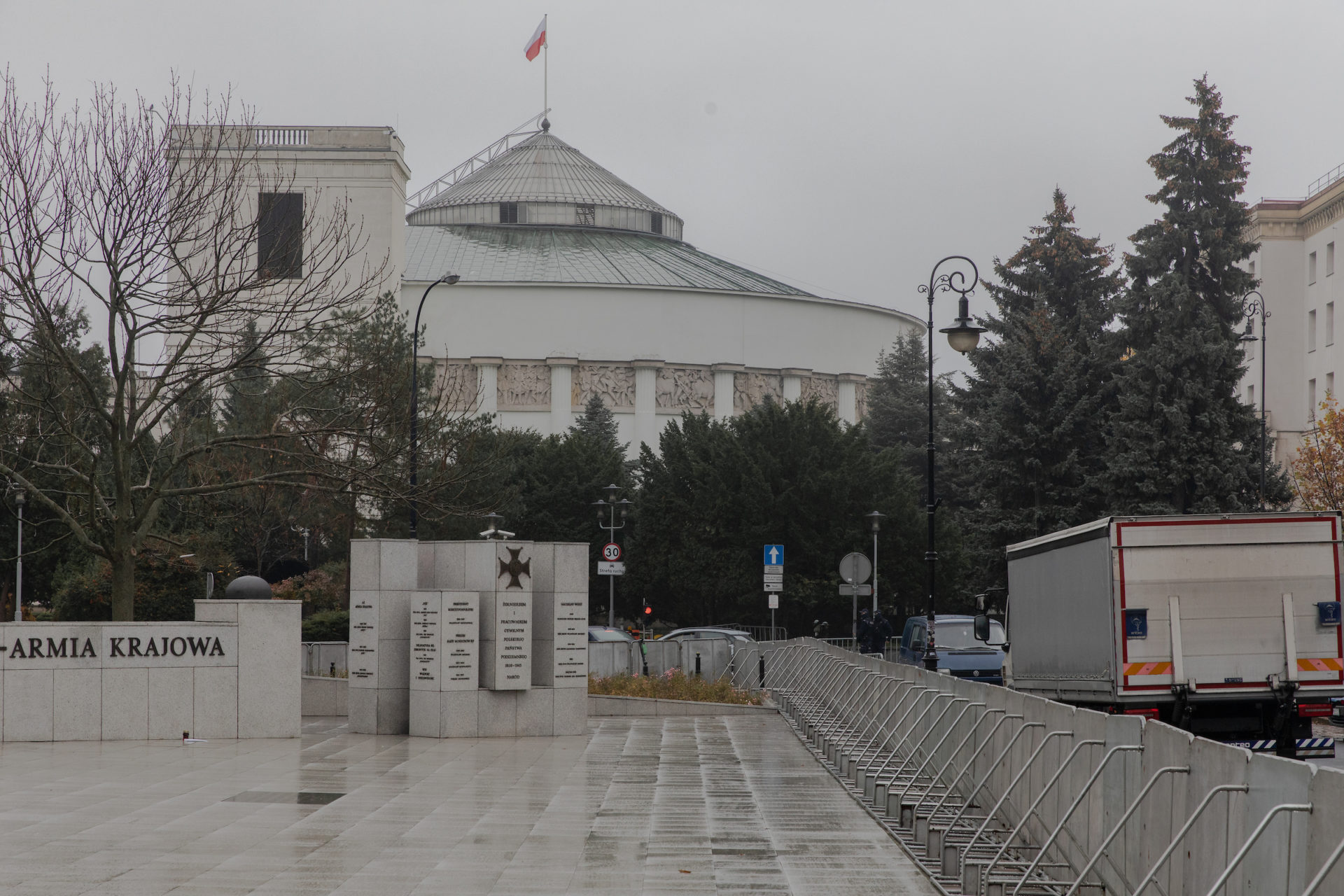 Human Rights House Foundation joins five organisations lead by International Commission of Jurists Norway in an appeal for the Norwegian Minister of Foreign Affairs to freeze all transfer of Norway Grants under the EEA agreement to the Ministry of Justice in Poland and entities dependent on the Ministry.

We have appreciated how the Norwegian Minister of Foreign Affairs used her authority to discontinue the previous version of the Justice Program, and to exclude towns declaring themselves as “LGBT-ideology free zones” from receiving Norway Grants, under the EEA agreement, in February and September 2020. We share the opinion of the Norwegian Courts Administration, supporting the former decision, and the opinions of the European Commission and the European Parliament supporting the latter.

However, we nevertheless share the growing concern about the legitimacy of providing economic support which directly or indirectly benefits the current government in Poland, as expressed in the negotiations and debate regarding the Rule of Law Conditionality Regulation for the EU budget, and across the political spectrum in Norway regarding the EEA grants, for example in Morgenbladet, Aftenposten, Dagbladet, VG.

Rule of law has in our view deteriorated to a level in Poland where the minimum requirements presupposed in the ECHR, the EU treaty, and the EEA agreement are not satisfied. This is a judgment increasingly shared by the courts in EU member states, most significantly the Regional Court in Amsterdam and the Higher Regional Court of Karlsruhe, and also by the Venice Commission of the Council of Europe. Our main concern now is the strong indication that the situation will deteriorate even further in the coming year, and that it may reach a point where repairing the damage to the European legal system will become an overwhelming task.

The destruction of the independence of Polish courts as a condition for securing all other elements of rule of law is the centerpiece of this development. It is beyond any reasonable doubt that this destruction is the product of the deliberate and sustained efforts of the parliament and the executive in Poland. It is well-documented that the mechanisms of dependence established through recent legislation are actively used by the executive to subdue the judiciary when it is perceived as acting contrary to the political interest of government.

Critical development of the situation for rule of law in Poland

The Polish parliament and government controlled by the Law and Justice Party (PiS) has in recent years established a series of laws and practices undermining the independence of courts so dramatically that scores of international legal experts , civil society organizations, lawyers, and judges have repeatedly raised the alarm.

The Court of Justice of the European Union CJEU is currently processing an infringement proceeding addressing the laws establishing the Disciplinary Chamber of the Polish Supreme Court, CJEU Case C-791/19 R. The European Commission has also launched an infringement proceeding addressing amendments to several laws conventionally called the “Muzzle Law” which by all accounts will be passed on to the CJEU soon. These two laws are the tip of an iceberg of laws changing the competences of judicial and executive organs in obvious prima facie incompatibility with the Polish Constitution, with EU law, and with the ECHR.

Together, these laws empower the polish executive to discipline and punish Polish judges for decisions they make in court and for the use of their freedom of speech to express general views on the legal system and legislative proposals. The absence of such powers is a precondition for rule of law, which is also incorporated into the EEA agreement.

Without independent courts, there is no guarantee that the fundamental rights of legal subjects will be protected by law. Companies, organizations, and citizens interacting with branches of the government, or with other actors close to the government in Poland now risk meeting a judge in court who can be punished by the government if ruling to its disadvantage. At risk are also the rights of those who publicly profess an ideology contrary to that of the incumbent government, or who suffer harm in private conflicts involving similar ideological disagreements – for example women seeking abortion, children caught up in custody cases, persons who identify as LGBTIQ, defenders of rule of law, and other opponents to the Catholic Nationalism promoted by the government.

The prosecutorial system established under the Minister of Justice persecutes judges who request preliminary rulings or apply rulings already passed by the CJEU; judges and prosecutors opposing the recent legislative reforms in public debate; and lawyers who assist in cases involving possible governmental misconduct. Public intellectuals of high regard are harassed in SLAPP cases. Among the many individuals targeted for their defense of rule of law are the President of judges’ association Iustitia Krystian Markiewicz, the President of judges’ association Themis Beata Morawiec, President of prosecutors’ association Lex Super Omnia Katarzyna Kwiatkowska, prominent lawyer Roman Giertych, leading women’s rights activist Marta Lempart, numerous LGBT activists, and the Ombudsman for Human Rights Adam Bodnar.

Under the current regime of repression, we fear that the backbone of the defense for rule of law in Poland will soon be broken. Several initiatives have recently been announced by the Polish government which gives reason to believe that this danger is imminent. A draft law has been introduced which would allow the president to install interim Presidents in the old Chambers of the Supreme Court who could withdraw important cases from the CJEU by the end of March. Even more ominously, PiS party Leader Jarosław Kaczynski indicated 8 September and confirmed on 21 December 2020 that plans were underway for a reorganization of the Supreme Court which would allow for the early retirement of all independent Supreme Court judges, and for a similar reform of the rest of the court system, which would allow the government to vet all ordinary court judges and renominate only those whom it considers politically supportive, under the pretext of redundancies created by the reorganization.

The main agencies responsible for destruction of rule of law in Poland are the Polish Ministry of Justice and the Public Prosecutor General. These are both headed by Zbigniew Ziobro.

The Judges sitting in the Disciplinary Chamber of the Supreme Court are all nominated by the new National Council of the Judiciary NCJ, which is controlled by appointees of the PiS majority in Parliament. PiS ally of the Solidarity Poland party Zbigniew Ziobro is as Prosecutor General entitled to assign and direct Disciplinary Commissioners to each specific case, and as Minister of Justice he is entitled to select the membership of Disciplinary Court panels in the first instance, providing him with ample opportunity to direct politically motivated disciplinary proceedings.

This means that the main partner of the Norwegian government’s Justice Program, which is dedicated to promoting rule of law, is the main culprit responsible for the suppression of the independence of judges which undermines rule of law in Poland.

While the two cases brought for the CJEU regarding the independence of the judiciary are still pending, one binding decision has been made by the court. This is the interim measure imposed by the CJEU 8 April 2020 in the Case C-791/19 R to halt the activity of the Disciplinary Chamber of the Supreme Court. This ruling is both disrespected by the continuous activity of the Disciplinary Commissioners, and by the verdict of the Disciplinary Chamber against judge Igor Tuleya of November 18, 2020, suspending him from judicial office, cutting his salary, and allowing criminal prosecution against him for a ruling made to the embarrassment of PiS in 2016. A similar disciplinary verdict was passed by the same entity against appeals Judge Paweł Juszczyszyn on 4 February 2020. In the latter case the offense was the judge’s request for documentation from Parliament that could confirm or disconfirm the legality of the appointment of a judge in the first instance, given the criteria set in the CJEU ruling of 19 November 2019 in joined Cases C-585/18, C-624/18 and C-625/18.

In other words, the main partner of the Norwegian government’s Justice Program also does not obey the authority of the CJEU, and most significantly a CJEU ruling addressing a failure of rule of law.

Furthermore, the Constitutional Tribunal of Poland, which itself is a strong candidate to become the subject of infringement proceedings, is reviewing the compatibility of Poland’s commitment to the Istanbul Convention, which is an explicitly stated condition for the cooperation under the Norwegian Government’s Justice Program. This process is initiated by President Andrzej Duda with the explicit support of Minister of Justice Zbigniew Ziobro, both claiming Poland should withdraw from the convention.

The main partner of the Norwegian government’s Justice Program therefore is not merely pursuing policies generally undermining the rule of law, but a convention specifically designated as a condition for the agreement establishing the Program.

The Justice Institute is closely connected with the Polish Ministry of Justice. Former Director of the Justice Institute Marcin Romanowski was recently appointed as Deputy Minister under Minster of Justice Ziobro. The institute has repeatedly provided a platform for the Minister to express views seemingly at sharp odds with the Norwegian understanding of rule of law. After signing the Justice Program agreement, Romanowski declared the Istanbul Convention to be “genderist babble”. Ziobro has earlier described the convention as “a feminist invention aimed at justifying gay ideology”.

Women and sexual or gender minorities are disproportionally victims of domestic violence. We have been warned from several quarters of our Polish network that these vulnerable groups may not be properly protected by the current partners in the program, and also that Norway Grants may be exploited by replacing other funds which have been diverted by the Minister of Justice from their originally designated purpose.

Considering the concerns expressed above, we the undersigned organizations present the following requests and recommendations to the Minister of Foreign Affairs:

More is at stake than the internal legal protection of Polish citizens, and the integrity of the management of Norway Grants and the EEA agreement, in the Polish rule of law crisis.

The policies currently pursued by the Government of Poland undermine the authority of the CJEU and the legal cooperation across borders between all EU countries. This authority can only be maintained with the necessary support of EU member states, and the support of other states legally committed to and dependent on the proper functioning of this legal cooperation, like Norway.

The Ad-hoc group strongly encourages the Norwegian Government to provide whatever diplomatic support can be offered to EU member states with like-minded attitudes. As Ombudsman for Human Rights Adam Bodnar and Chief Specialist Pawel Filipek stresses: Time is now of the essence.