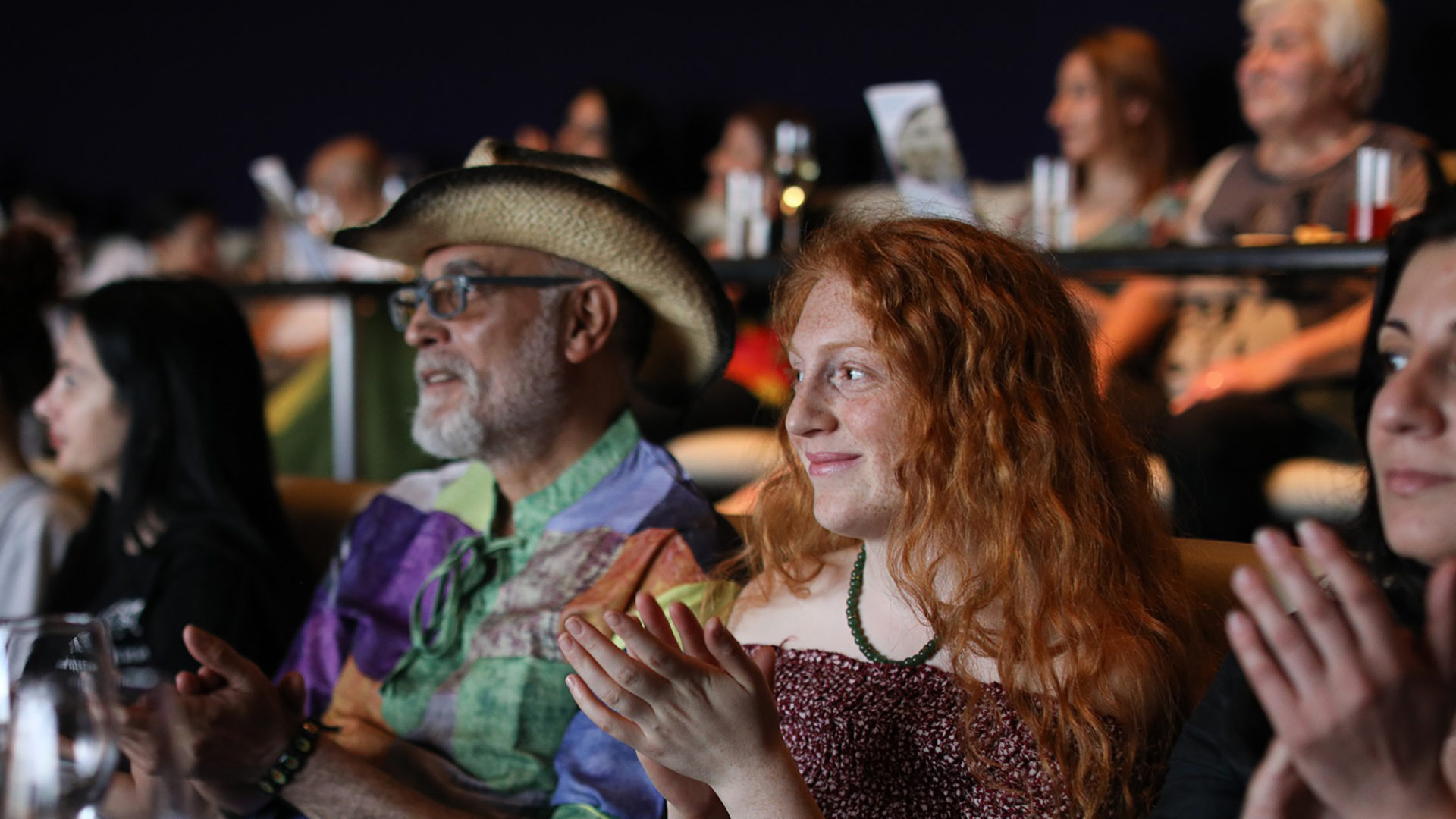 We decided that it was imperative for Georgian and Armenian literary figures to build new relationships, shaped both by shared history and by desires for a democratic, independent future.

Coinciding with 30 years of diplomatic relations between Armenia and Georgia, and with the support of Human Rights House Foundation, and financial support from the European Union, four days of events were held from 8-12 June 2022 including readings of poetry and literature from the region, as well as lectures and discussions. In the spirit of building relationships, the events were delivered in a trilingual format, with public readings of poetry and literature being delivered in Armenian, Georgian and English. 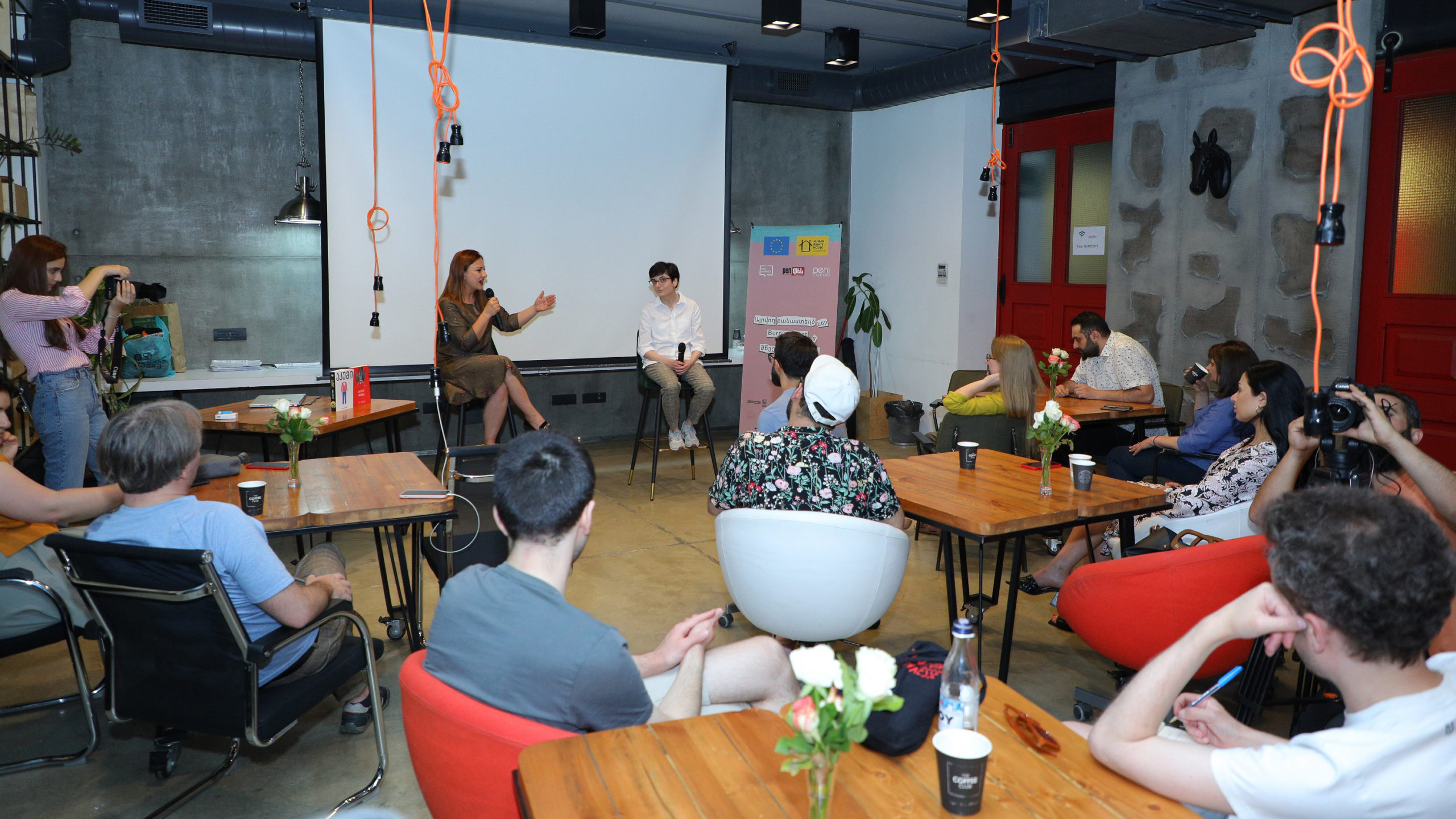 A conversation with Nana Abuladze, alumna of the Write in Armenia 2018 international writing camp, whose debut novel Akumi was met with great success in her native Georgia as well as winning several awards including the prestigious Saba and Litera prizes. Read more. 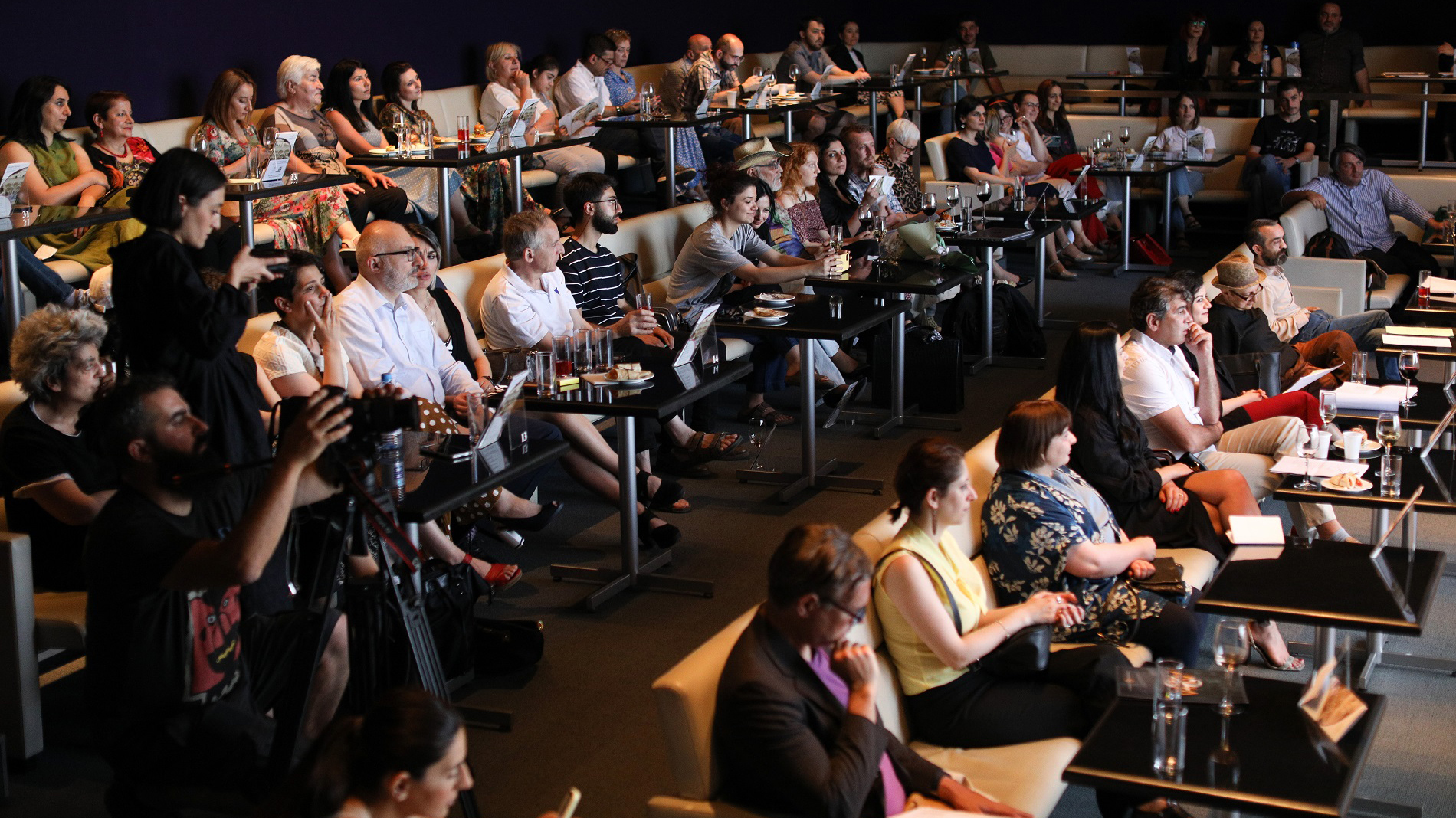 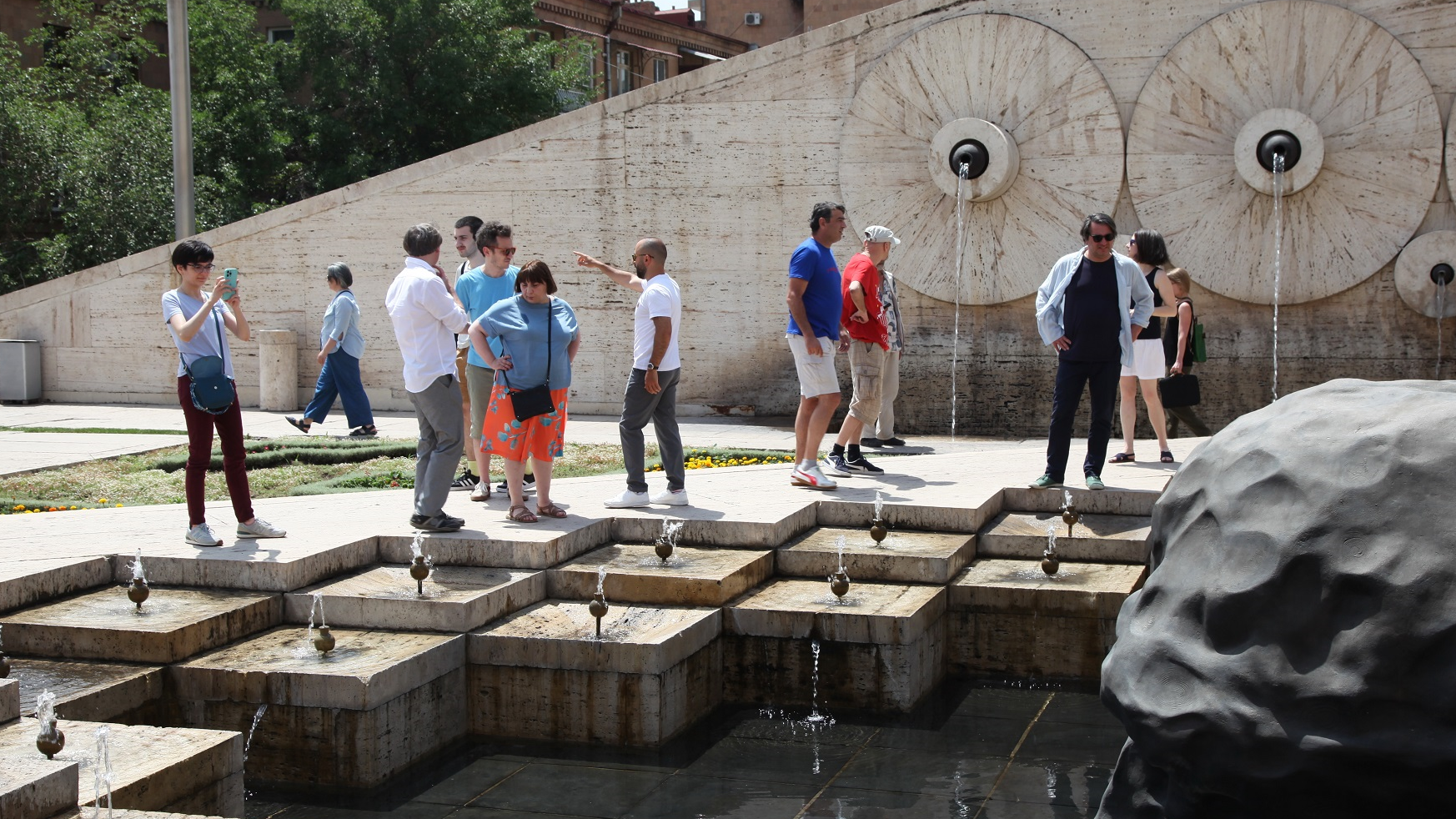 The Burning Poet at the Cafesjian Center for the Arts

The Cafesjian Center for the Arts (CCA) hosted several events and activities on 09 June, including a tour for participants and the Burning Poet gala evening of poetry. Read more. 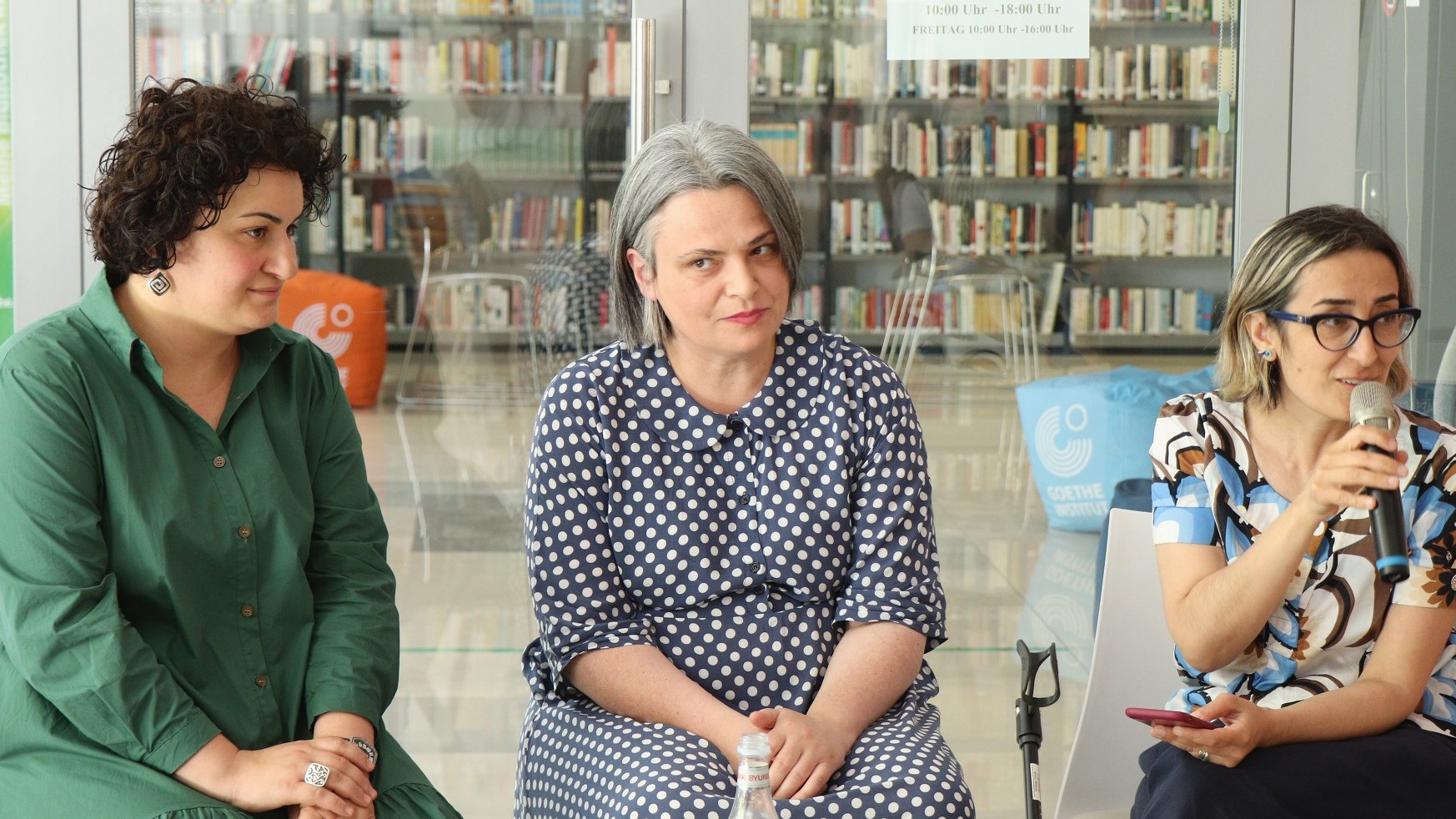 Is there such a thing as women’s literature? What does it imply? What challenges do contemporary women writers face? These questions and more were discussed at this public event by Armenian and Georgian writers and publishers. Read More. 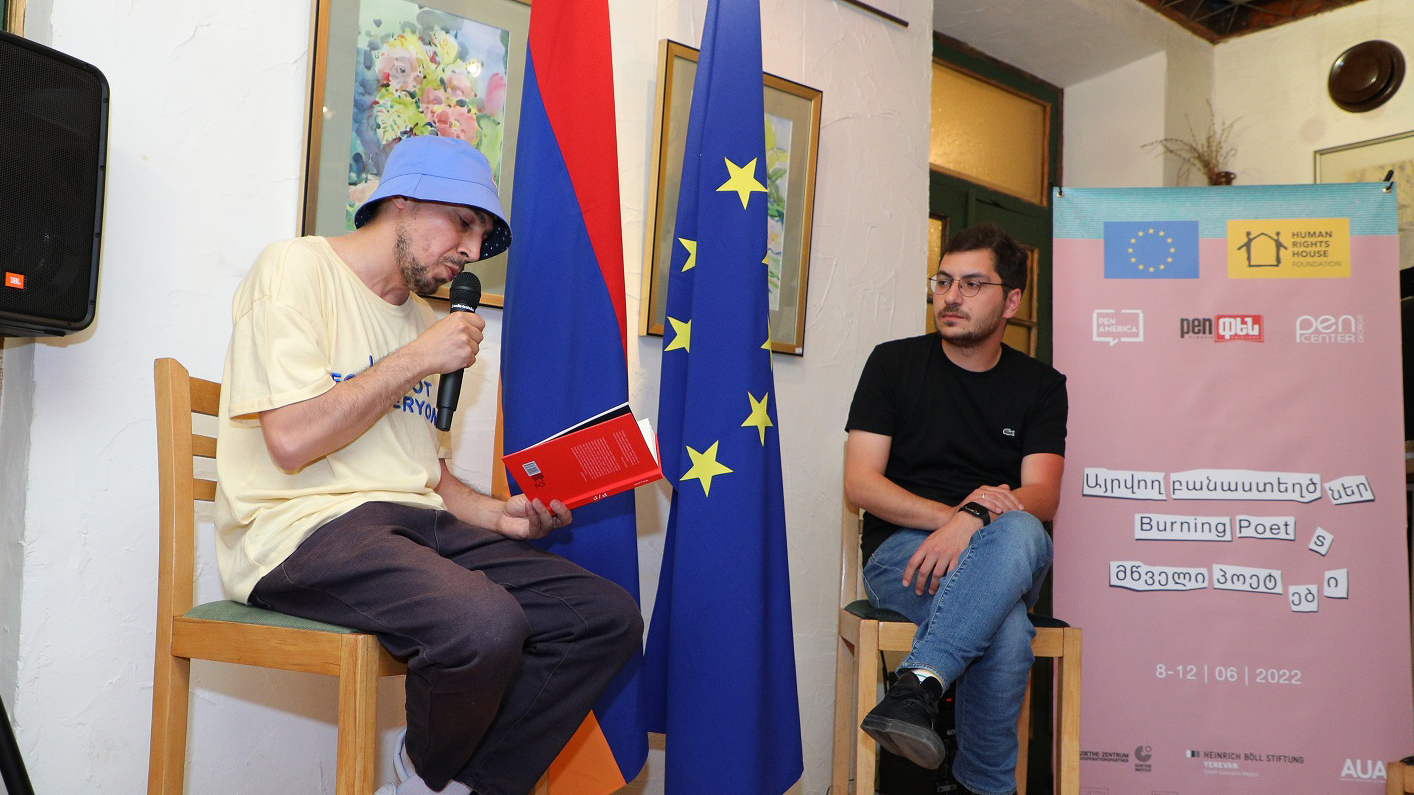 Winners of the EU Prize for Literature, Aram Pachyan from Armenia and Iva Pezuashvili from Georgia read excerpts from their winning works, followed by translations in the Trilingual format for audience members including the Head of the EU Delegation to Armenia, Ambassador Andrea Wiktorin. Read more. 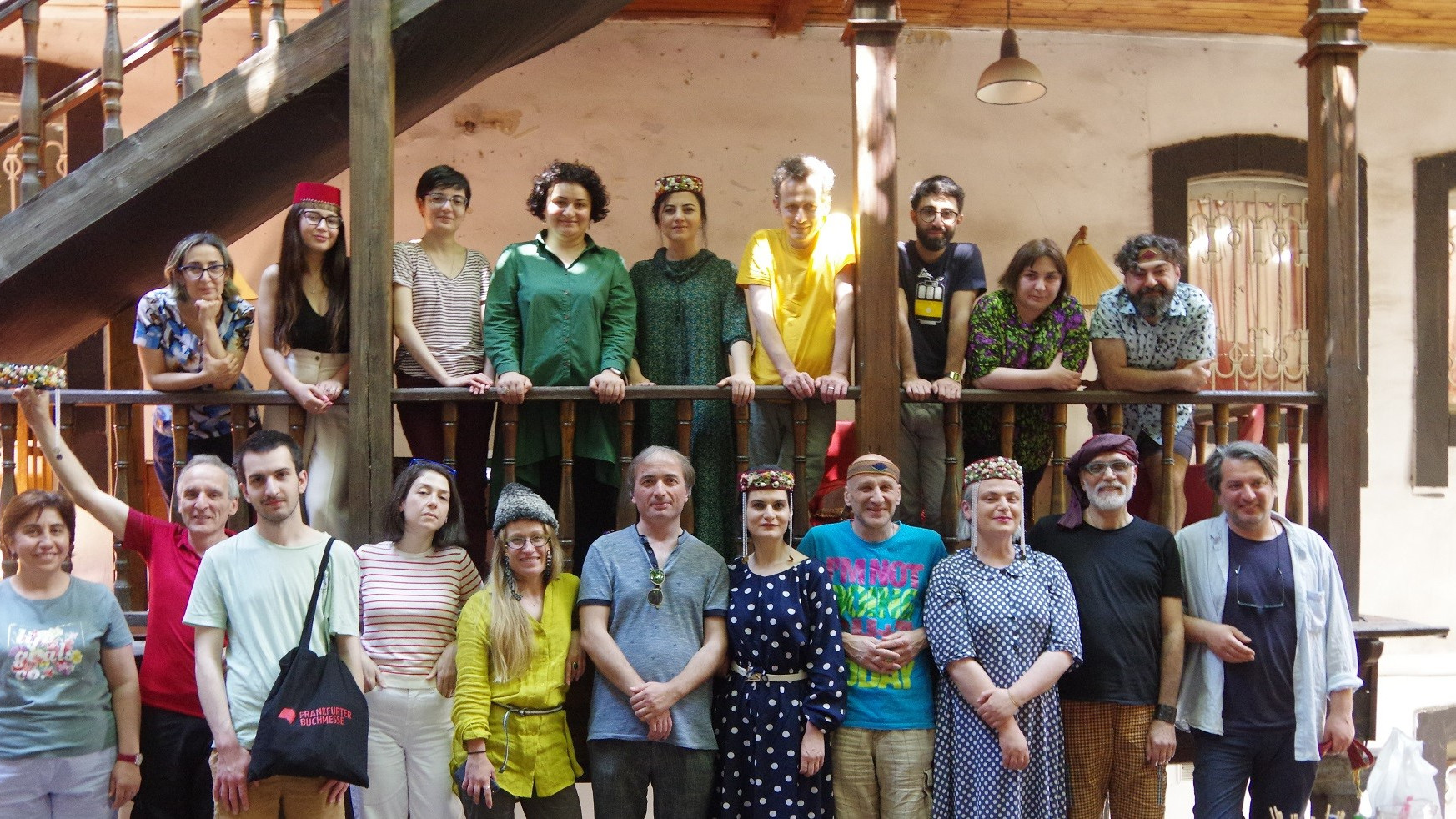 Polina Sadovskaya’s Fantastic Douqan, hosted by Mirzoyan Library consisted of a lecture/discussion on the literature and art scene in Tbilisi from 1914-1921 including the futurist “41°” group and the “Fantastic Douqan” platform, and a comparison to the situation in the present day. The discussion was followed by a photo session at Photo Atelier Marashlyan. Read More. 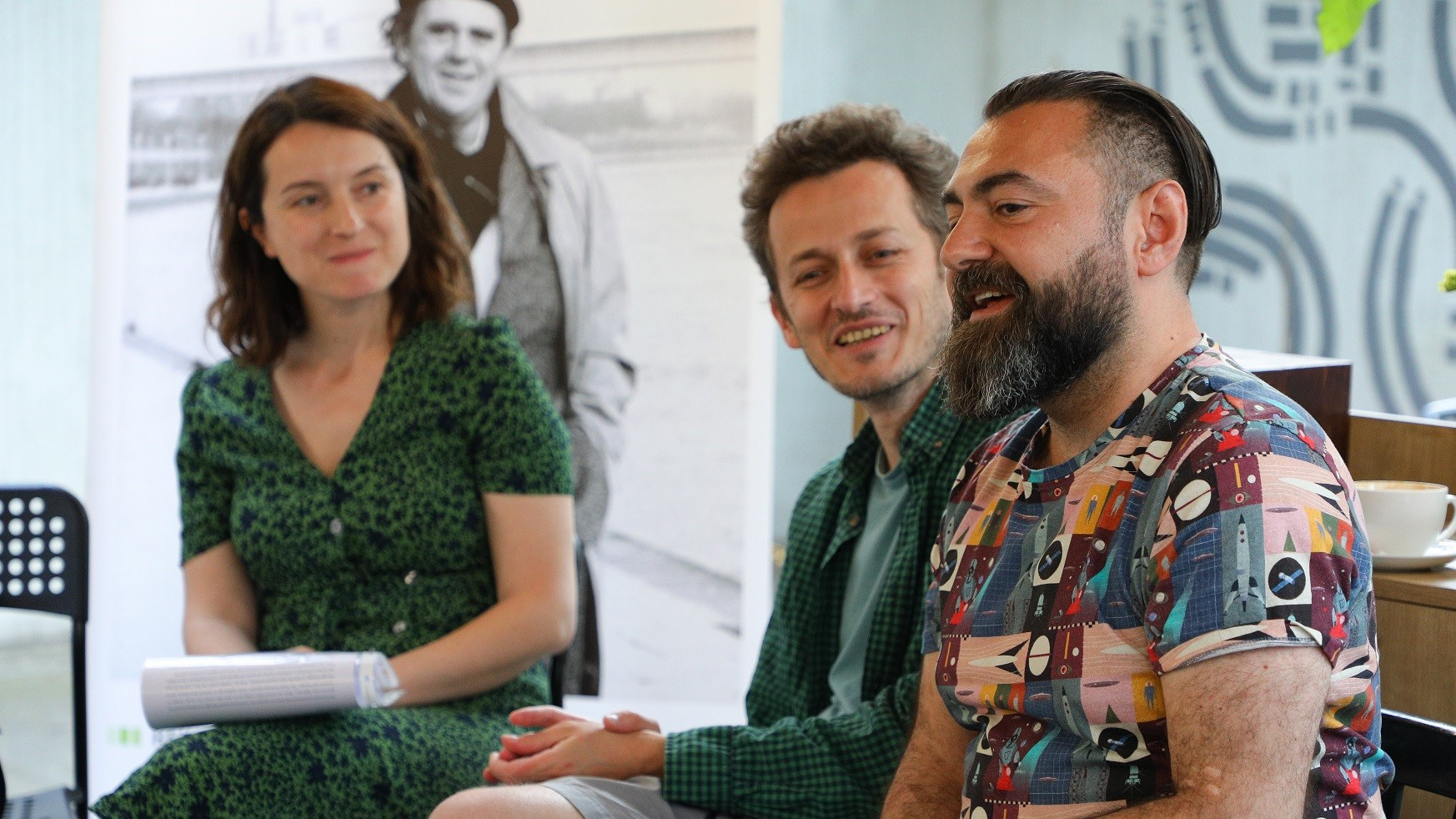 A discussion on primary narratives in both Armenian and Georgian narratives and how male characters are portrayed and developed in the literature of both countries. Read more. 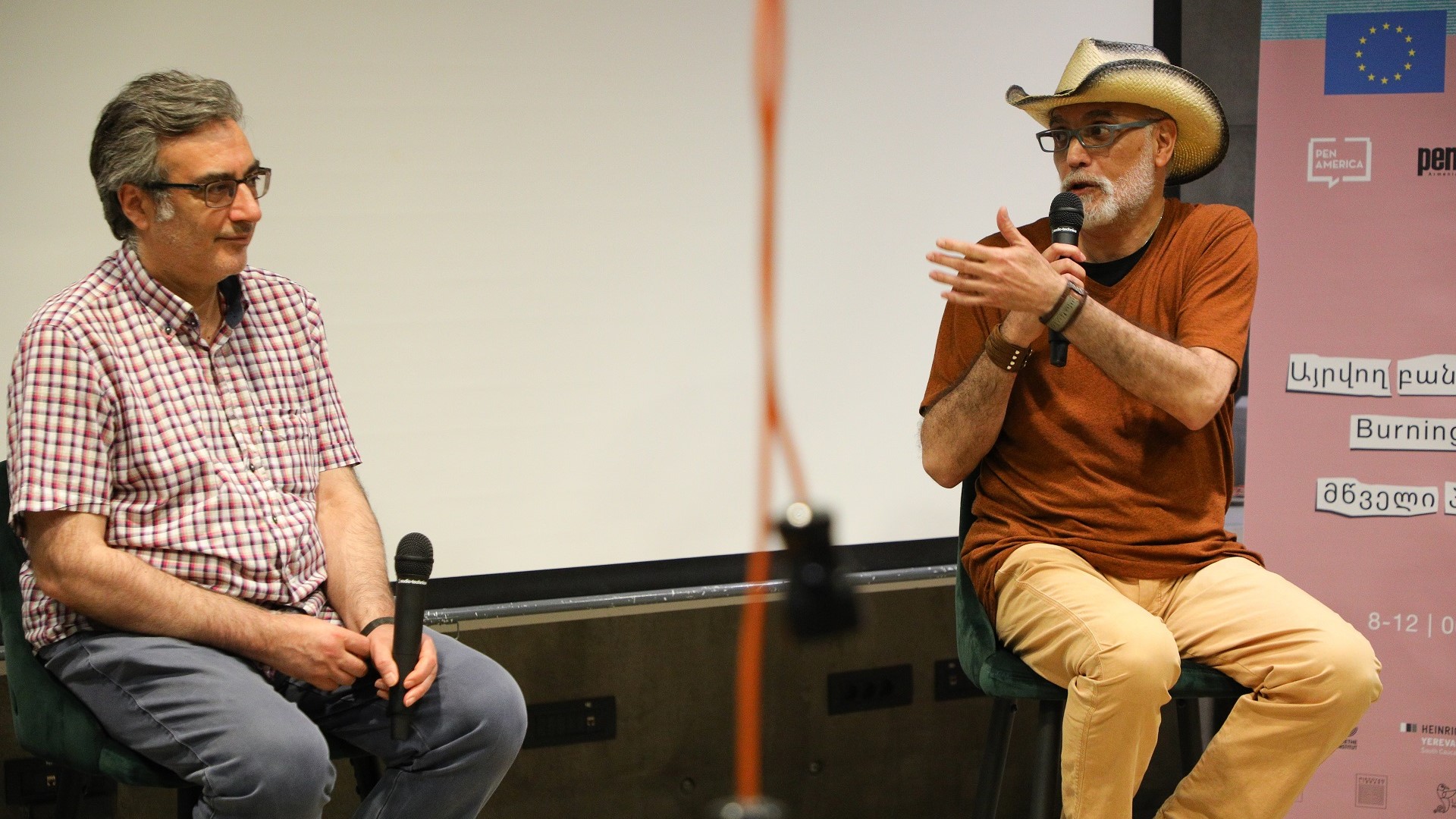 From Cotton Walls to Anti-Mimino

At the crack of dawn,

With its fiery rays,

The sun seemed to me,

The title of the series of events, “Burning Poet(s)”, is a reference to a poem written by Diana Ukleba, a Georgian poet married to Armenian artist Gevorg Grigoryan (Giotto) – their relationship symbolic of the shared cultural history of their respective countries.

During Burning Poet(s), the event organisers met with Armenian President Vahagn Khachaturyan to discuss freedom of expression and opportunities to build a closer cultural connection between Armenia and Georgia. The group also proposed that the Studio-Museum of Giotto should be revitalised and that Diana Ukleba’s name should be added to it to honour both artists and to serve as a permanent venue for Armenian-Georgian cultural dialogue.

Burning Poets was implemented as the first phase of PoLitPEN. PoLitPEN is a joint project of PEN Armenia, PEN Georgia, PEN Belarus, PEN Ukraine and PEN America to bring together Georgian, Armenian, Belarusian, Ukrainian and American writers, artivists and Human Rights defenders in order to speak out for peace, free speech, and social justice in the region through a series of literary events, workshops, forum and campaign. Read more about PoLitPEN here.

PoLitPEN project is supported by Human Rights House Foundation under the framework of STRONG Civil Society, and is implemented with the financial support of the European Union.