Organisation Freedom House released “Worst of the Worst 2010: The World’s Most Repressive Societies”, its annual report identifying the world’s twenty most flagrant human rights abusers. In these twenty countries, which include North Korea, Burma (Republic of the Union of Myanmar), Republic of Belarus, Turkmenistan, Republic of Uzbekistan and Tibet, citizens’ most basic rights are denied and any attempts to oppose these regimes often result in torture, imprisonment and sometimes death.

17 undipendent countries and 3 territories
Nine countries and one territory are judged to have the worst human rights conditions, receiving the lowest possible score of 7 (based on a 1 to 7 scale, with 1 representing the most free and 7 representing the least free) on both political rights and civil liberties: Burma, Equatorial Guinea, Eritrea, Libya, North Korea, Somalia, Sudan, Turkmenistan, Uzbekistan and Tibet.

An additional 8 countries score only slightly better, with a score of 7 in political rights and a score of 6 in the civil liberties category: Belarus, Chad, the People´s Republic of China, Cuba, Guinea, Laos, Saudi Arabia, and Syria. The two territories of South Ossetia and Western Sahara are also included in this group.

Massive human rights violations take place in nearly every region of the world. This year’s roster of the “worst of the worst” includes countries from the Americas, the Middle East, Central Asia, Africa, and East Asia; they represent a wide array of cultures and levels of economic development.

Of the 20 countries identified in the report, 6 are from Sub-Saharan Africa, including Guinea, 3 are Post Soviet Union countries: Belarus, Turkmenis 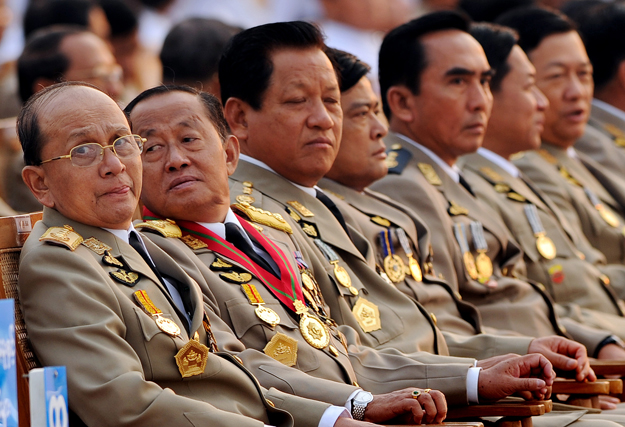 Burma
The junta, led by Senior Gen. Than Shwe, governs Burma by decree, controlling all branches of power, impoverishing the formerly wealthy country, and committing human rights abuses against its population with impunity. The junta rejected its landslide defeat in the 1990 elections – and has kept pro-democracy leader Aung San Suu Kyi in prison or under house arrest for most of the past 19 years. The junta is expected to hold national elections this year as part of its “Roadmap to Democracy,” but has continued to arrest and imprison political dissidents ahead of the vote – which has yet to be scheduled – to ensure its grip on power.

Equatorial Guinea
President Teodoro Obiang Nguema Mbasogo holds broad political power in Equatorial Guinea, a country that has never held credible elections. Africa’s third-largest oil producer, Equatorial Guinea is considered one of the world’s most corrupt countries, with Obiang and his inner circle amassing huge personal wealth from the country’s substantial oil profits. Human rights abuses – including torture, detention of political opponents, and extrajudicial killings – are widespread. Obiang’s government was subject to two very public recriminations this year: the country’s exclusion from an extractive industry coalition for its lack of transparency on oil revenue, and the suspension of a UNESCO science prize named after the president, due to objections from human rights organizations. In response, Obiang hired a U.S. lobbying firm for $1 million a year in an attempt to reshape his authoritarian image.

Eritrea
The Eritrean government maintains an iron grip on the country’s political and social structures. National elections have been postponed indefinitely, regulations governing political parties have never been enacted, independent political parties do not exist, and the government controls all 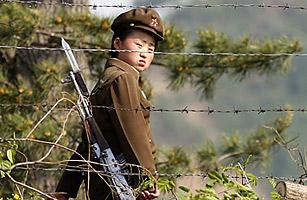 broadcast media and restricts independent print publications. Suppression of human rights intensified in 2009, with arbitrary arrests and the use of an onerous conscription system to control the population. Hundreds of thousands of Eritreans, most young people, have fled the country in recent years, including 10 players from the national soccer team who refused to return after playing a tournament in Kenya in December.

North Korea
North Koreans enjoy the lowest levels of freedom in the world, according to Freedom House’s rankings. Kim Jong Il, who assumed power in 1994 upon the death of his father, North Korea’s founding leader Kim Il Sung, retains all political power. The regime maintains a network of prison camps in which thousands of political prisoners are subjected to brutal conditions. All facets of a person’s life – including employment, education, place of residence, access to medical facilities, and access to stores – are determined by a semihereditary system of social discrimination that classifies citizens into 53 subgroups based on their family’s perceived loyalty to the regime. In late 2009, the government revaluated its currency and restricted the amount of old notes that individuals could exchange, effectively wiping out many citizens’ cash savings. The move was part of a bid to crack down on private trading and bolster state controls on the economy.

Libya
Once an international pariah, Libyan leader Muammar al-Qaddafi began mending ties in 2003, when his country officially took responsibility for the 1988 bombing of a Pan Am Flight 103 above Lockerbie, Scotland, and agreed to pay compensation. Political power in the oil-rich state theoretically lies with a system of people’s committees, but in practice Qaddafi rules unopposed. Despite Libya’s new, more positive image, gross abuse of human rights endures. 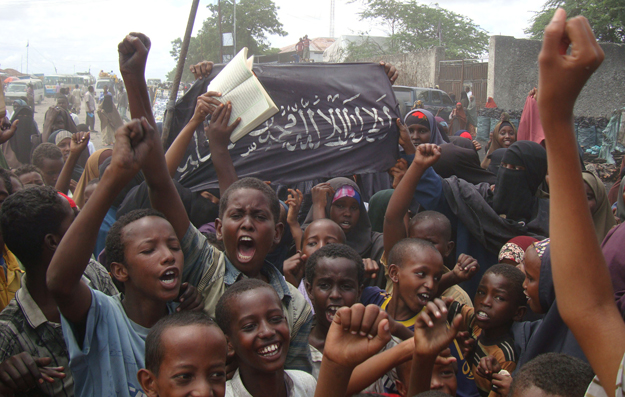 Organizing or joining anything akin to a political party is punishable with long prison terms and even death.

Somalia
The Somali state has virtually ceased to exist. Technically, the country is governed by the Ethiopian-backed Transitional Federal Government, but its actual control is minimal. There are no effective political parties, and the political process is driven largely by clan loyalty. As Ethiopian forces completed their withdrawal from the country in January 2009, Somalia’s transitional parliament was expanded to include opposition factions, and the new body elected moderate Islamist leader Sheikh Sharif Sheikh Ahmed as president. Despite high hopes, his government remains without effective control over the country and continues on the verge of collapse as it comes under attack from radical Islamist groups. A December suicide bombing at a graduation ceremony for medical students killed four cabinet ministers and several other officials.

Sudan
Africa’s largest country has been embroiled in nearly continuous civil wars since independence from Britain and Egypt in 1956. President Omar Hassan al-Bashir, who came to power in a 1989 military coup, was the target of an arrest warrant issued by the International Criminal Court in 2009 on charges of war crimes and crimes against humanity for his government’s role in the killing of hundreds of thousands of people in the western region of Darfur since 2003. The country held elections in April that were widely considered to be highly flawed. Despite objections surrounding his right to rule, however, the international community is relieved that Bashir’s party and the Sudan People’s Liberation Movement of South Sudan have agreed on a renewed unity government in Khartoum, which is part of a 2005 peace accord. South Sudan will hold an independence referendum in early 2011 that could split the country apart. 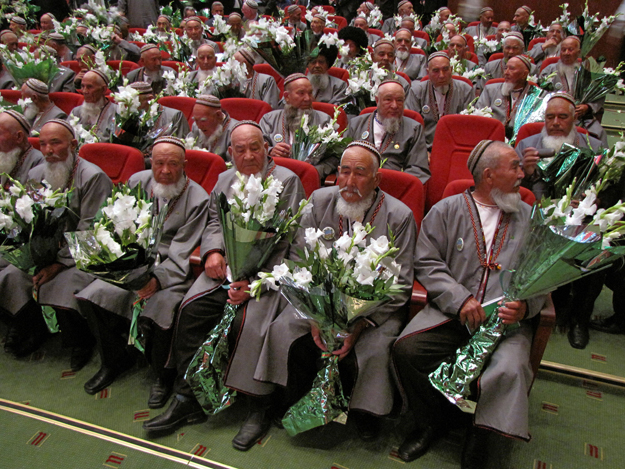 e most repressive of the newly independent states of the former Soviet Union. President Saparmurat Niyazov, the former head of the Turkmenistan Communist Party, took power in 1991, isolating the country, gutting formal institutions, and muzzling the media. Upon his death in 2006, Gurbanguly Berdimuhamedov took power, promising reforms and pushing through a new constitution, but the country remains a one-party state in which all aspects of political and civil life are strictly controlled. Progress away from Niyazov’s repressive legacy remained slow in 2009, producing token improvements rather than systemic change. There has been no revival of civil society under the new president – Doctors Without Borders, the last international humanitarian NGO active in Turkmenistan, withdrew from the country last year, and the vast majority of political prisoners remain behind bars.

Uzbekistan
President Islam Karimov has held power in Uzbekistan since the Soviet Union’s 1991 collapse and dominates all aspects of the Uzbek power structures, including both the legislature and judiciary. No genuine opposition party functions legally, and members of unregistered opposition groups are severely repressed. Dozens of activists are serving prison sentences in Uzbekistan under torturous conditions, including Ganihon Mamathanov, an activist who worked to eradicate forced child labor in the country; AIDS activist Maksim Popov, for the distribution of brochures on HIV prevention (homosexuality is illegal in Uzbekistan); and poet and political activist Yusuf Juma.

Tibet (China)
the People´s Republic of China maintains tight control over Tibet, a remote Himalayan region known as “the roof of the world.’ Although most regard the exiled Dalai Lama as their leader, Tibetans lack the right to freely elect their officials or determine their political future. Chinese security forces routinely engage in arbitrary arrest, detention, and torture, punishing even nonviolent protests against Chinese rule. 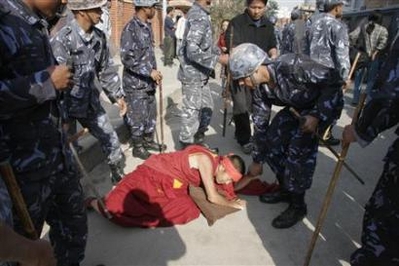 the People´s Republic of China further restricted freedom of movement and exerted more official control of Tibetan Buddhism following an explosion of anti-government protests in 2008. Hundreds of political and religious prisoners reportedly remain imprisoned, and in October 2009, three Tibetans were executed, marking the first use of the death penalty in the territory since 2003.

Freedom House is an independent watchdog organization that supports democratic change, monitors the status of freedom around the world, and advocates for democracy and human rights.