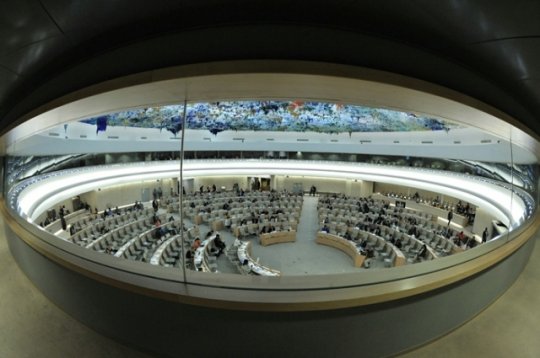 States advocating traditional values in reality aim at raising their own cultural norms and particularities above international law and standards. Giving legal force to the concept of traditional values opens the door to a dangerous framework, where States and non-State actors can invoke this concept to justify human rights violations.

In its intervention at the Human Rights Council on 12 March 2013, the Human Rights House Foundation expressed its regret that the Council’s Advisory Committee does not firmly affirm in its report that the concept of traditional values does not have a legal basis. Human rights are based on international treaties and are therefore enriched in law domestically, regionally and internationally, unlike traditional values.

LGBT PROPAGANDA LAW IN RUSSIA: AN ILLUSTRATION OF TRADITIONAL VALUES

As part of an effort to promote traditional Russian values, in January 2013 the Russian Federal Parliament passed in first reading the law against “Propaganda of homosexuality”, already enacted in several Russian cities.  The law makes it an offense to distribute “information that can harm the health or the process of moral and spiritual development of minors” on the official pretext that “homosexuality creates distorted perceptions about social equality of traditional and non-traditional family relationships.”

As in many others countries, Russia justifies violating rights of LGBT people because of traditional values.