Haidar was arrested by Moroccan authorities at the airport in Laayoune, the capital of her home country Western Sahara, upon her arrival back from the US where she had travelled to receive a human rights award. Her arrest follows a spate of recent arrests and confiscation of the travel documents of several Sahrawi activists by Moroccan authorities.

The facts of the arrest came to publicity from a letter sent by Kennedy Center:

‘Aminatou was arrested on 13 November at the airport in Laayoune, Western Sahara, by Moroccan authorities.  She was returning from a visit to the U.S. through Spain.  She had traveled to the U.S. to receive the Civil Courage Prize awarded by the Train Foundation for her courageous defense of the rights and liberties of the Sahrawi people.  While in the U.S., Aminatou met with several Congressional staff members as well as representatives of UN member states. 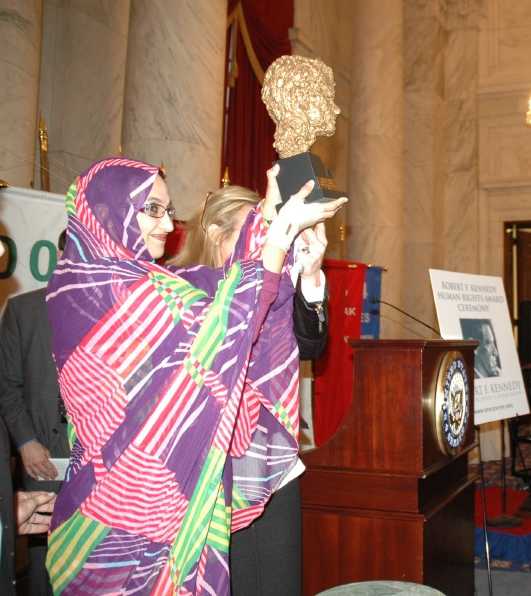 Her whereabouts are currently unknown and her family has not been able to contact her.  Moroccan officials claim that she was arrested because she refused to complete immigration forms.  Her arrest follows a spate of recent arrests and confiscation of the travel documents of several Sahrawi activists by Moroccan authorities. Seven Sahrawi activists who visited Sahrawi refugee camps in Tindouf, Algeria in October currently face charges before a military tribunal.’

RFK Center believes the detention of Ms. Haidar is directly related to her work in the defense of human rights.

RFK Center urges the authorities in Morocco to:

2. Take all necessary measures to guarantee her physical and psychological integrity;

3  Guarantee the protection of her fundamental human rights, as enshrined in several international instruments, including the International Covenant on Civil and Political Rights, which Morocco has ratified; and

4. Guarantee that Ms. Haidar is able to continue her work as a human rights defender without fear of reprisal.

The Center has also urged colleagues and friend to call Ambassador Aziz Mekouar of the Moroccan Embassy in Washington DC at +1 202-462-7979 Ext. 27 to request Aminatou’s release.

Aminatou Haidar belongs to the younger generation of Sahrawi leaders working through non-violent means in support of a referendum to settle the extended conflict between Moroccan military and Sahrawi independence groups, as well as to denounce the human rights abuses on both sides of the conflict.

The arrest came just a few days after Haidar’s interview (find text in English and video in French here) for Western Sahara Resource Watch on the Morocco-EU fishing agreement opposed by Sahrawi activists. 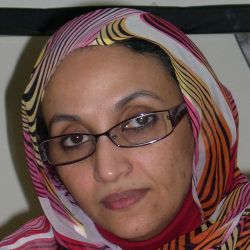 “The Sahrawi people does not benefit from this agreement, signed between Morocco and the European Union. Regrettably, the agreement instead intensifies the Moroccan repression against the Sahrawi people”, Aminatou Haidar told in the interview. Right, Haidar pictured at the Human Rights House in Oslo, March 2007.

The EU has since 2006 been paying Morocco to fish offshore Western Sahara. The territory of Western Sahara, which is treated as a colony by the UN, has been under Moroccan occupation since 1975. Simultaneously Morocco is profiting from their control over the territory by selling fishing licences to the EU.