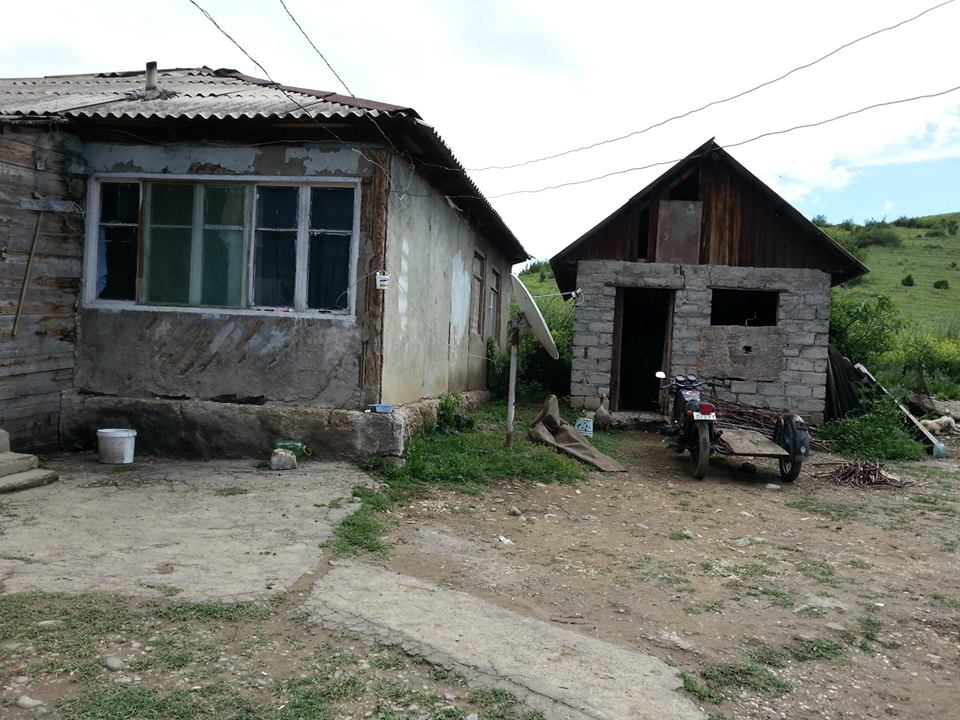 According to official information about 1500 Roma are registered in Georgia. Their big part lives in Tbilisi and Gachiani. In accordance to the survey conducted by the project researcher at the European Center for Minority Issues [ECMI] Giorgi Sordia, compact settlements of Roma people are in Leninovka village of Dedoplitskaro district, in Gachiani village of Gardabani municipality, in Telavi, Kutaisi, Kobuleti and in Isani-Samgori district and Lilo settlement in Tbilisi. The oldest and most traditional settlement of Roma people is in Leninovka where 18 Roma families/133 people live. Residents of this settlement have one common problem: majority of them have no access to education and healthcare services.

So-called Leninovka settlement is located next to Khornabuji village in Dedoplistskaro municipality. Ethnic Russians and Roma make majority of its population. As locals said there is no public school and kindergarten in Khornabuji village because of small population in it. So, children have to walk to the neighboring village to get education. The village is not supplied with gas and drinking water either. Local government states the gasification problem will be soon resolved but the main problem of Roma residents will remain unresolved – there is no chance for employment and young people leave the village.

Venera Martkoflishvili married a local Roma long time ago. Currently she is head of nongovernmental organization Union of Roma from Kakheti “Roma”; they work on the resolution of Roma’s problems. Family of Veneral Martkoplishvili rents accommodation in the hut (barracks) together with several other Roma families in Isani district, Tbilisi. The yard, where there are several huts and two old wagons, was empty in the afternoon. The head of the organization Roma said Roma women have gone to their traditional “job” together with their children – they beg in the streets. Venera Martkoplishvili said many Roma families still live in the tents; others rent flats but since they cannot afford payments change residential places very often.

Lali Gorashvili is also married to Roma. She described the Roma life as follows: “The main problem is financial problems. They live in poverty. [Romas] do not have education and consequently jobs. So, they have to beg.”
Venera Martkoplishvili said there is no state program which could somehow relieve the hard living conditions of Roma.

Co-founder of the nongovernmental organization “Disarmament and No to Violence” Irma Gelenava said Roma people cannot involve state programs because they do not have ID cards. “Majority of Roma people are impoverished. Without ID cards they cannot get various social services under state programs.”

“Roma, who does not have ID, cannot enjoy universal insurance program. There is Medical Center for Mothers and Children in Mitskevich Street, Tbilisi. Coordinator for Minority Issues in this Center Ketevan Gabruashvili assists us with medicines. We provide many Roma people with primary medical care with those medicines,” Veneral Martkoplishvili said.

Irma Gelenava said during illness Roma rarely go to doctors because they do not have documents. Many elderly Roma people cannot get pension because of the same problem.

Project Assistant at the ECMI Elene Proshikian is ethnic Roma and has been working on the Roma problems for years. “Since Roma children are born at home, they cannot get ID cards at the age of 16. Romas do not know which institution they can apply to resolve their problems. They are not informed about state social and healthcare programs. They cannot write applications because they are illiterate. Lack of education is the barrier which is the biggest obstacle for Roma to integrate into the society.”

Elene said birth at home damages children’s health conditions. “Pregnant women do not apply to doctors for monitoring or treatment; that means during pregnancy nobody takes care of the embryo. Consequently, many children are born with grave health problems,” Elene said.

According to Elene Proshikyan, children from Leninovka village have IDs with the support of the ECMI.

Council under the auspices of the State Minister for Reintegration, which worked on the Roma issues, functioned only several months and then closed. According to the researchers, the Ministry of Justice should be very active in the defense of Roma’s rights that means to register Roma and issue ID documents on them.