Omer has reported for numerous international media outlets, including the Washington Report, Inter Press Service, Ny Tid and Morgenbladet, and worked for Norwegian People’s Aid in Gaza; he also founded the Rafah Today blog. The prize by Norwegian PEN was awarded on 16 November at House of Literature, Oslo.

Mohammed Omer (1984) is a Palestinian journalist.

He has reported for numerous media outlets, including the Washington Report on Middle East Affairs, Pacifica Radio, Electronic Intifada, The Nation, Inter Press Service, Ny Tid and Morgenbladet, and worked for Norwegian People’s Aid in Gaza; ; he also founded the Rafah Today blog.

In 2008, Omer was awarded the 2007 Martha Gellhorn Prize for Journalism. In the award citation, Omer was honored as “the voice of the voiceless” and his reports were described as a “humane record of the injustice imposed on a community forgotten by much of the world.”

According to a United Nations report, Mohammed Omer is convinced that the brutal assault occurred when the security services were frustrated at their inability to confiscate the money he had been awarded. 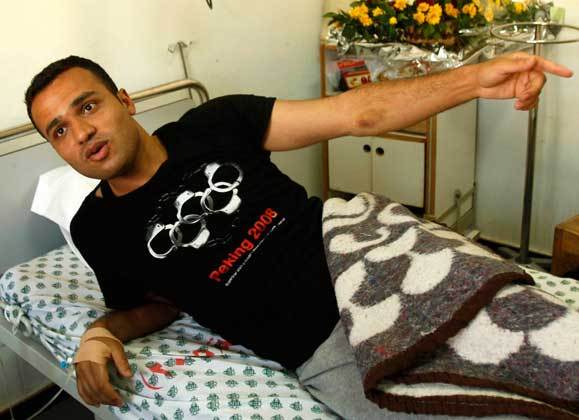 He was subsequently hospitalized upon his return to Gaza, where it was discovered that Omer had sustained several broken ribs and various bodily contusions as a result of the ordeal.

The government of the Netherlands, who had send a diplomat to welcome Omer and accompany him to Gaza, lodged an official protest with Israel about Omer’s mistreatment.

Israel’s Government Press Office said in a statement that Omer was never subjected to physical or mental abuse. It said his account was full of contradictions and was “without foundation.”

The Ossietzky prize is awarded “to a person or institution that over time, or in connection with a particular issue or event, has made a particular effort to defend freedom of expression.”