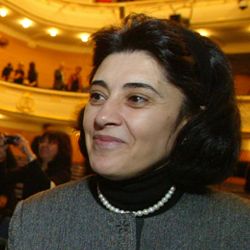 On 28 July, the 1994 Rafto Prize Laureate and an internationally renowned Kurdish politician and spokesperson, was sentenced to 15 months imprisonment. The court claimed that Zana, when speaking at a conference in London last year, stated that the PKK and its jailed leader Abdullah Öcalan are “as important for the Kurdish people as the brain and the soul are for a human being.”

Zana was sentenced to imprisonment by a Turkish Court in Diyarbakir, a city regarded as the capital of the Kurds.

Leyla Zana has appealed the verdict.

This article is based on a press release of 29 July issued by the EU Turkey Civic Commission-EUTCC.

Demand of Kurdish people for freedom
In May 2009 Leyla Zana was invited to speak at the Oslo Freedom Forum in Norway together with other former prisoners of consciousness such as Elie Wiesel, Palden Gyatso, Elena Bonner, and Václav Havel.  Zana ended her speech by saying:

– The explosion of social awareness despite bans and prohibitions gives an excitement that the demand of Kurdish people for freedom is transforming both the Turkish people and the people in Turkey as a whole, with a positive interaction. The same results, courage and organized thoughts are also forcing a change in the laws, because now in Turkey, both the people are forcing the laws and the laws are forcing the people. From this vicious circle, only the people can come out as winners, and they must.

In order to become a member of the European Union Turkey has to take considerable and positive steps towards a political and durable peaceful solution to the Kurdish question. In that regard the decision of the Diyarbakir Court is as shocking and unacceptable as it is inequitable.

Political action
The Rafto Foundation hereby calls on the European Union and the international community to take political action and strongly condemn Turkey for having sentenced Leyla Zana to 15 months of imprisonment.

While in jail, Zana published Writings from Prison detailing her cause and the hardship she faced fighting for the Kurdish people. Zana received the Rafto Prize in 1994 and the Sakharov Prize for Freedom of Thought in 1995. She has been nominated for the Nobel Peace Prize several times.

EUTCC – background
The Rafto Foundation, together with three other organisations, established the EUTCC in 2004. Since 2004 the EUTCC has held an annual conference in the European Parliament. One of its most important tasks is to monitor Turkish compliance with the EU accession criteria. The last EUTCC’s conference on the topic Time for change in Turkey was organised in January 2009. By these conferences the EUTCC also wishes to contribute to a democratic, peaceful and lasting solution of the Kurdish problem. It believes that this can only be achieved through a dialogue between the parties concerned, in which also the EU must play its part.

Contact information
For further information on Leyla Zana’s case you may contact Kariane Westrheim, member of the Rafto Prize Committee and the chair of the EUTCC, phone: 47 976 42 088