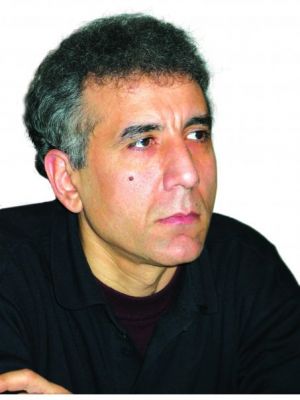 Intigam Aliyev, human rights lawyer from Azerbaijan, is receiving the Award for his personal courage and exceptional committment to defending persecuted individuals. HRHF’s Ane Tusvik Bonde and Intigam Aliyev (in the middle) with his Homo Homini Award The Homo Homini Award is given annually by the Czech human rights organization People in Need to an individual in recognition of a dedication to the promotion of human rights, democracy and non-violent solutions to political conflicts.

The award will be handed during the opening ceremony of the One World human rights documentary film festival in Prague on 4 March 2013.

Intigam Aliyev is a prominent human rights lawyer and the president of the Legal Education Society, an independent Azerbaijani non-governmental organisation, founded in 1998 and aimed at achieving the development of legal consciousness and legal culture in the society of Azerbaijan. The organisation is engaged in defense of human rights, preparation of strategic litigation cases, training of lawyers and human rights education. Intigam Aliyev and Malahat Nasibova (in the back) being arrested at the peaceful protests in Baku on 26 January 2013. (© IRFS)

Aliyev strives for legal protection of victims of human rights violations for more than 15 years and has to date represented them in proceedings before the European Court of Human Rights in more than 100 cases. Among his recent successes in the victory for respect of human rights in Azerbaijan is the case Tebieti Mühafize Cemiyyeti and Israfilov v. Azerbaijan concerning the right to freedom of association (unlawful dissolution of environmental association). In 2010, Intigam Aliyev was one of the lawyers, actively engaged in defending the Azerbaijani editor Eynulla Fatullayev, against the charges of drug possession.  He was also one of the main coordinator of the defense group of the political activist Bakhtyar Hajiev.

“Intigam Aliyev is an exceptional human rights defender,” HRHF’s Executive Director Maria Dahle said. “He is the kind of person who will fight for human rights as long as it is needed and belongs to the ones who strive for justice in injustice. We are proud to count him as a longstanding friend and partner of the Human Rights House Network.”

The Human Rights House Foundation has known Intigam Aliyev and the Legal Education Society (LES) for many years and has been closely cooperating in joint activities. The Legal Education Society is a partner NGO of the Human Rights House Azerbaijan and the member of the South Caucasus Network of Human Rights Defenders. Since 2010 LES has been the national coordinator of the South Caucasus Network, which unites 30 NGOs from Georgia, Azerbaijan and Armenia with the aim to jointly advocate for the respect of human rights in three countries.

Ane Tusvik Bonde will be in Prague for the award ceremony on Monday 4 March and Tuesday 5 March 2013.