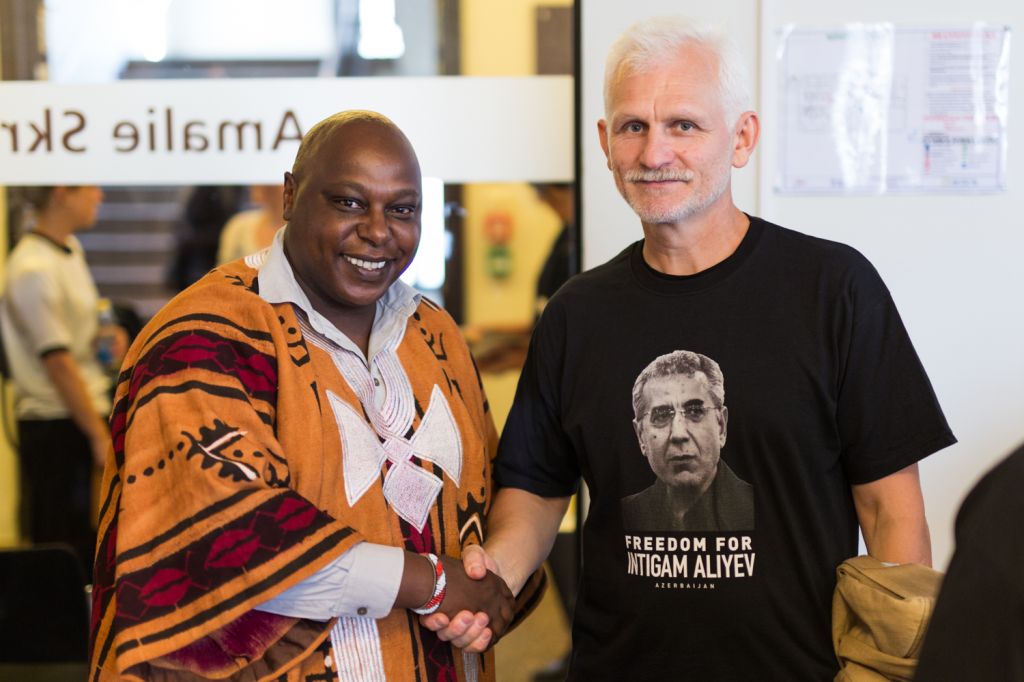 The 15 September is the United Nations International Day of Democracy, dedicated in 2015 to promoting and protecting “Space for Civil Society.” At this occasion, the Human Rights House Network Secretariat, in its statement at the UN Human Rights Council, stressed that civil society is under threat. It needs space and support, but it needs it on more than just one day, just as a real democracy needs more than just an election day.

“Elections confer legitimacy on governments,” said Maina Kiai, Special Rapporteur on the rights to freedom of peaceful assembly and of association, in his September 2013 report on Elections and Freedom of Assembly and Association. Many states are trying to gain this legitimacy by undertaking the farce of “one-day democracy,” in which elections take place but civil society is not given space to inform and engage the public before the election, or hold the government to account after the election.

As Alfred de Zayas, independent expert on the promotion of a democratic and equitable international order, and Maina Kiai underlined in their call to Stop the Erosion of Democracy: “What matters most is what happens between elections: Can people speak out, engage, and influence the leaders they have elected? Can people assemble when other ways of expressing their grievances fail? And is peaceful dissent tolerated and encouraged to flourish?”

“In Azerbaijan,” Florian Irminger continued, “space for independent civil society has disappeared since the election in October 2013. And ahead of the parliamentary elections in November 2015, all human rights defenders have been imprisoned or caused to flee politically motivated charges.”

We have documented the unprecedented crackdown on civil society in Azerbaijan, which continues.

On 20 August 2015, six UN Special Rapporteurs issued a joint statement condemning the convictions of human rights defenders in Azerbaijan as “manifestly politically motivated,” in a trial that “fell short of international norms and standards.”

On 8 September 2015, the UN Commissioner for Human Rights condemned the crackdown on civil society in Azerbaijan, calling for the “immediate release of all those who have been deprived of their liberty simply for exercising their rights to freedom of expression, association, or peaceful assembly.”

Azerbaijan rejected this statement in a press release and qualified it as groundless and biased. OSCE/ODIHR has cancelled its election observation mission for the November parliamentary elections, due to the restrictions placed upon it by the Azerbaijani authorities.

At the Human Rights Council, we called upon the Council to take concrete steps to address the deterioration of the situation in Azerbaijan. We also called on Azerbaijan to end the unprecedented repression against civil society and to immediately and unconditionally release and rehabilitate the civil and political rights of all prisoners of conscience. Azerbaijan should furthermore take concrete steps to prevent and stop the use of legislation to unduly hinder the ability of human rights defenders, journalists, and activists to exercise their work.

The situation has indeed not improved in Belarus. The presidential election will be held on 11 October 2015. Although all political prisoners have been released, their rights have not been rehabilitated and civil society has limited space to participate in public life. The public debate is totally controlled by the government.

At the Human Rights Council, we called for further attention to the situation in Belarus. The presidential election of 2015 is in no way held under better auspices than the ones of 2006 and 2010.