International NGOs from Germany, Sweden, Norway, Switzerland, Czech Republic and Slovakia, including Norwegian Helsinki Committee launched a joint campaign for the removal of the 2014 Ice Hockey World Championship from Belarus due to the country’s poor human rights record.

In 2009 the International Ice Hockey Federation (IIHF) decided to host the 2014 IIHF World Championship in Belarus. Today Belarus finds itself in the most alarming human rights crisis since the country became an independent state in 1991. The human rights situation in the country has never been worse and continues to deteriorate.

Overview of Human Rights in Belarus 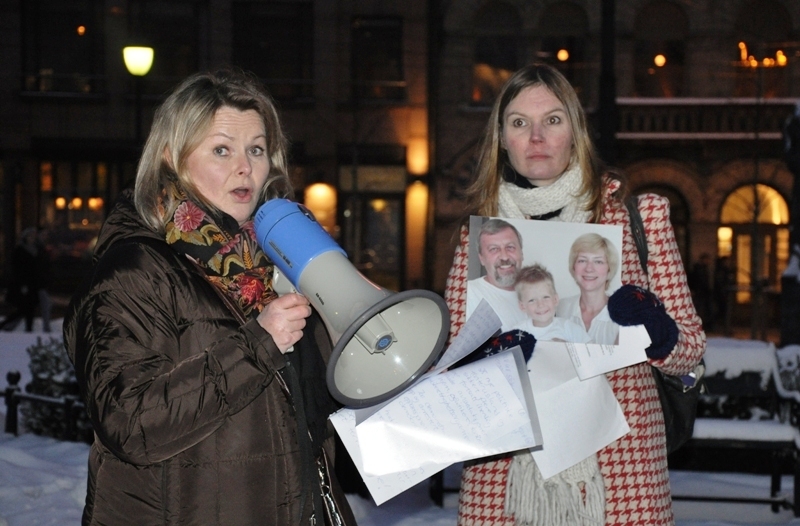 After the release of former presidential candidate Andrei Sannikau and his authorized representative, Dzmitry Bandarenka on 14 and 15 April 2012, based on information of Belarusian human rights organisations at least 13 people are held in prison who were sentenced for political reasons to prison terms from 2 up to 8 years at the moment. There are reports that several of the prisoners were tortured and ill-treated. Belarus remains the only country in Europe that uses the death penalty. According to human rights groups, about 400 people have been executed in Belarus since 1991. In March 2012 two men, whose trial failed to meet international fair trial standards and who allegedly were tortured in order to obtain a confession, have been executed. The human rights of freedom of expression, assembly and association are violated in Belarus every day. The Belarusian KGB and police frequently detain and interrogate opposition activists, journalists and human rights defenders, search their apartments and offices. There are several cases of political parties and NGOs being closed or denied registration.

The international NGOs are calling to the IIHF and the representatives of the national IIHF member organisations, to suspend its plan to hold the 2014 IIHF World Championship in Belarus. According to the aims of the joint NGO campaign the 2014 IIHF World Championship should only take place in Belarus after the Government of Belarus has fulfilled several human rights demands, amongst others the release of all political prisoners, a moratorium on the death penalty and an end of the persecution, harassment and intimidation of dissidents. „To hold the 2014 IIHF World Championship in Belarus would support and legitimatise a regime which violates the human rights of the people of Belarus in an alarming way“, an online petition says, which was published on the campaign website www.minsk2014.no The joint campaign was initiated by Civic Belarus, Human Rights in Belarus, Libereco – Partnership for Human Rights, Norwegian Helsinki Committee, Norwegian P.E.N., Östgruppen – Swedish Initiative for Democracy and Human Rights, People in Need and People in Peril.

’’I am very pleased by the fact that further initiatives are taken against holding the 2014 Ice Hockey World Cup in Belarus’’- said Marek Migalski, EU parliament member from Poland. Moreover I initiated with Peter Šťastný – MP of the European Parliament an international petition, which you can find on change.org In February I initiated Polish a campaign: “Let’s leave the dictator on the ice”. The web sitehttp://dyktatornalodzie.pl/ was created with online petition. As a part of this campaign, M Migalski asked for support of this initiative to the representatives of politics, sports and culture in Poland. As a result, last month the European Parliament adopted a resolution calling to the International Ice Hockey Federation to reconsider a decision on the host country of the championship in 2014.

In case of questions please contact info@minsk2014.no or Berit Lindeman at lindeman@nhc.no

Further information on the campaign: www.minsk2014.no