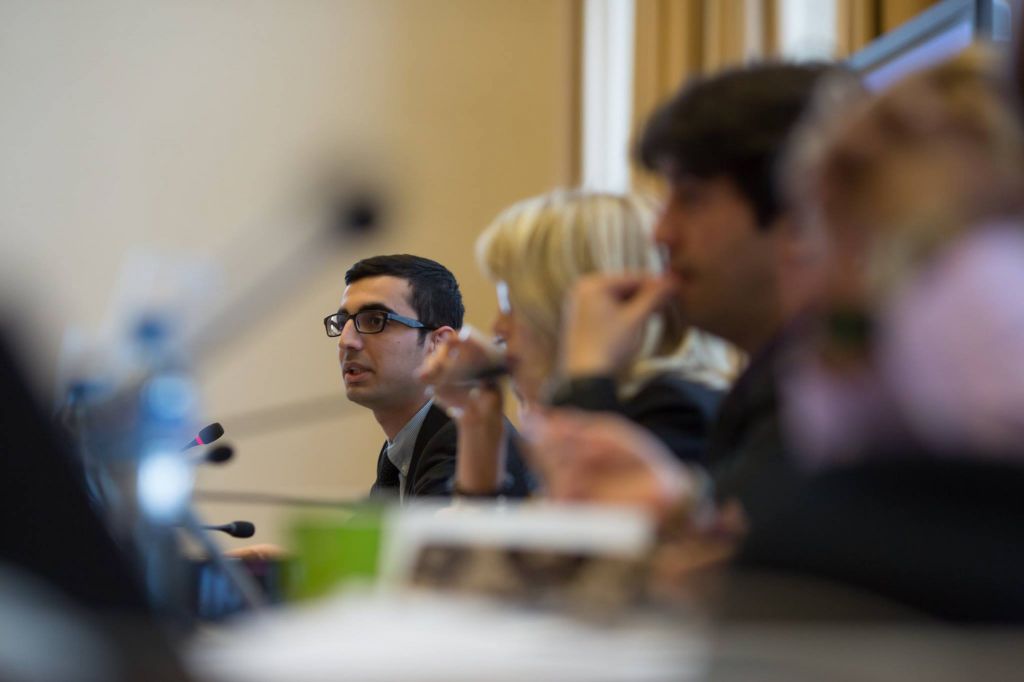 It is time for States to act on Azerbaijan at the UN Human Rights Council, to stop the continued pressure on civil society and waves of attacks and arrests against human rights defenders, journalists, lawyers, young activists, and anyone critical of the government.

On 7 March, at an event at the Council, Azerbaijani human rights defenders gave accounts of the worrying human rights situation in the country and the need for the international community to respond. The State representatives, UN special rapporteurs, and audible Azerbaijani ambassador that joined them at the event could hear their strong calls for international action.

Michel Forst, speaking at the event, drew attention to some of these findings: violations of freedom of expression, attacks and fabricated charges against journalists and human rights defenders, and a lack of independence of the judiciary.

Journalist and former political prisoner Khadija Ismayilova, speaking via Skype due to a travel ban, recalled the detention and arrest of those attending a recent opposition rally, and stated: “Freedom of assembly, association, speech are violated every day.”

Maina Kiai, UN Special Rapporteur on assembly and association, said that the challenge in Azerbaijan and other countries is tolerance and acceptance, and organisations must be able to operate even if they disagree with the State. “Dissent is a part of human rights law, and should be encouraged by States… human rights defenders are not enemies of the State,” he said.

Khadija Ismayilova further called for an independent mechanism to visit places of detention and report on torture in Azerbaijan, and stressed that civil society has no independent venue to meet to talk about human rights violations, as was needed recently to support imprisoned photojournalist Mehman Huseynov.

The Human Rights House Azerbaijan, formerly a hub and meeting place for civil society, was forced to cease activities by the Azerbaijani authorities almost exactly six years ago. Mehman Huseynov was sentenced to two years in prison on 3 March. Posters calling for his freedom were visible in the room at the Human Rights Council. 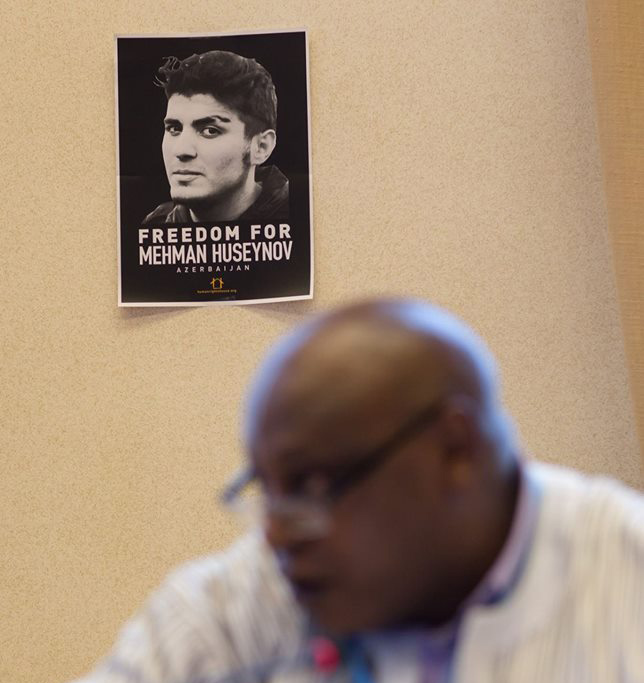 Poster calling for the release of Mehman Huseynov visible behind Special Rapporteur Maina Kiai at the event.

Gulnara Akhundova, International Media Support, raised the issue of impunity for attacks against journalists and human rights defenders. She called for better cooperation between UN organisations, and for the appointment of a Special Rapporteur on Azerbaijan.

The EU, OSCE, and Council of Europe have all raised concerns over the sentencing of Mehman Huseynov.

2 yr sentence vs Mehman Huseynov in defamation case in #Azerbaijan is appalling. Repression of critical voices must stop & he shld be free.

Some 50 member and partner organisations of the Human Rights Houses sent a joint letter to the Azerbaijani President urging him to ensure the release of Mehman Huseynov. Also, in a joint statement, 24 international human rights organisations condemned his sentence.

Emin Huseynov, Institute for Reporters’ Freedom and Safety (IRFS) and brother of Mehman Huseynov, said at the event that there had been no investigation from the authorities on arrests, cases of torture, and killings of human rights defenders. He called for more attention and support for human rights defenders, journalists, and lawyers in Azerbaijan.

After being conditionally released key NGOs leaders are still under travel bans, such as @IntigamAliyev and @Khadija_Ismayil

Intigam Aliyev’s son, Necmin Kamilsoy, speaking at the event, asserted that high-profile political prisoners released in 2016, such as his father, were only released because the government wanted financial assistance because they were facing economic challenges. “The authorities cannot free civil society, media, political prisoners, because they see them as threat to their existence,” he said.

He also raised the case of opposition leader Ilgar Mammadov, who remains in prison despite a European Court of Human Rights decision and many calls from the international community for his release. Describing Michel Forst’s report on Azerbaijan as solid ground that the UN can use to take action on human right violations, he called on the UN to create new mechanisms to stop the ongoing repression in Azerbaijan. 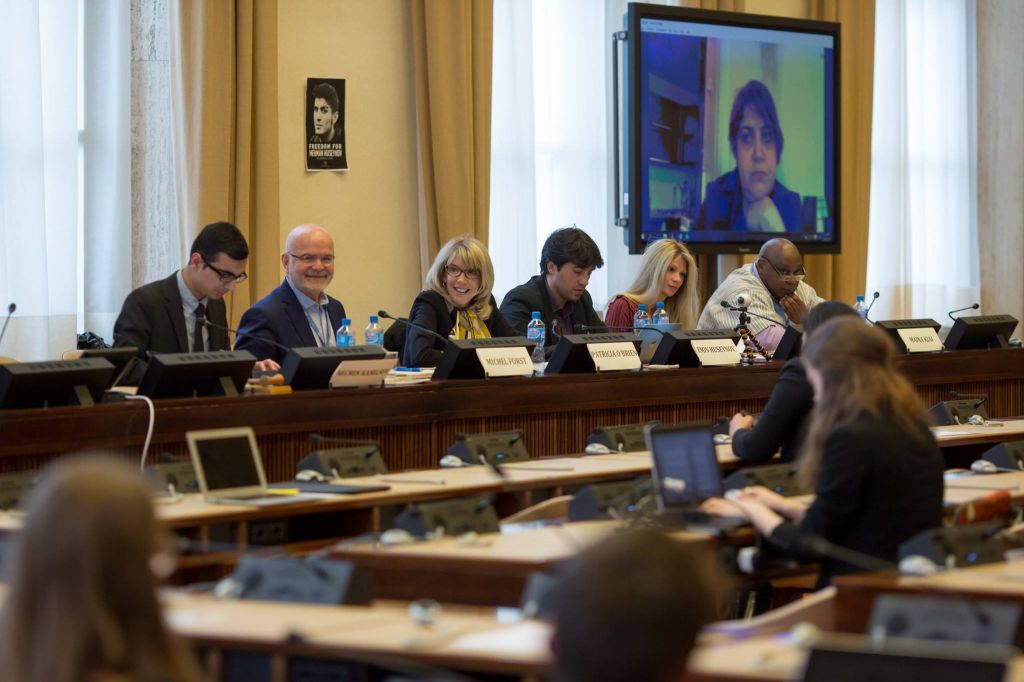 Human Rights House Foundation is pushing for further international attention on the situation in Azerbaijan and call for action at HRC,

In light of the Azerbaijani authorities repeatedly ignoring international and European warnings and recommendations to improve the human rights situation in the country, HRHF and its Azerbaijani partners are pushing for greater international attention to be given to Azerbaijan and for States to act at the Human Rights Council.

Mehman Huseynov was sentenced to two years’ imprisonment after he complained of having been tortured by police.