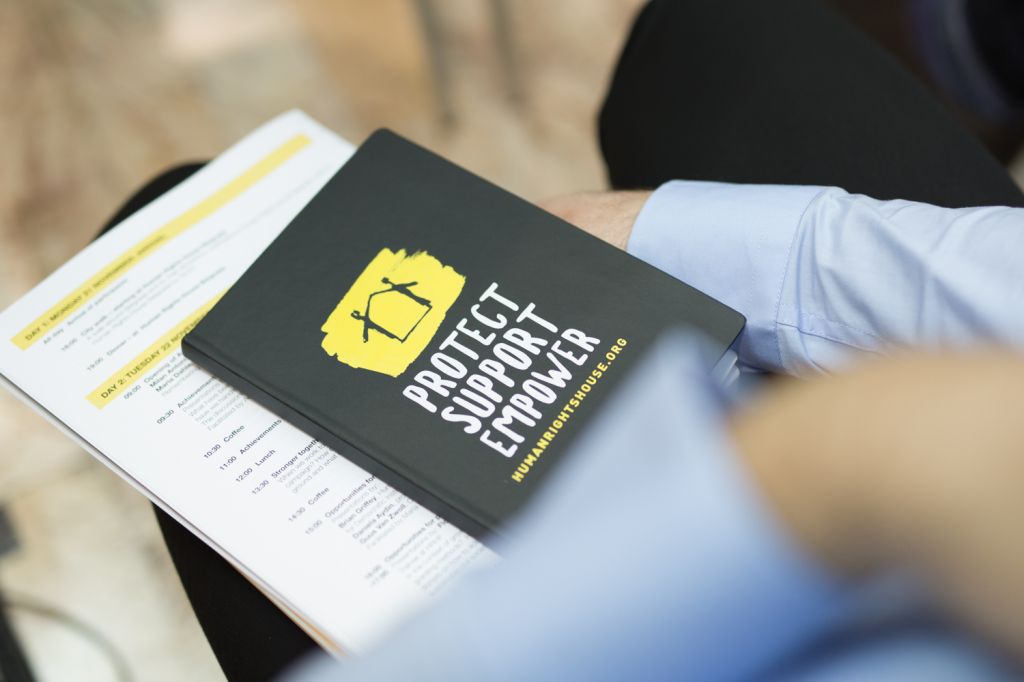 Each Human Rights House presented and discussed their work, and then the focus expanded to joint activities, specifically the Network campaign to protect and support human rights defenders in Azerbaijan. Discussions then turned to opportunities for partnership with donors, and how donors and civil society can address State restrictions on foreign funding.

The Human Rights Houses are gathered in Belgrade for the 2016 Network Assembly, and are joined by partners, donors, and external experts. HRHF has and will continue to report on the event using the hashtag #HRHN2016.

Maria Dahle, Human Rights House Foundation, and Milan Antonijevic, Human Rights House Belgrade, opened the Assembly. Dahle marked the release of colleagues in Azerbaijan since the House last met, while Antonijevic spoke of the challenges in Serbia: “The main challenge in Serbia is impunity for threats and attacks against human rights defenders… the new challenge is the rights of migrants being violated.” 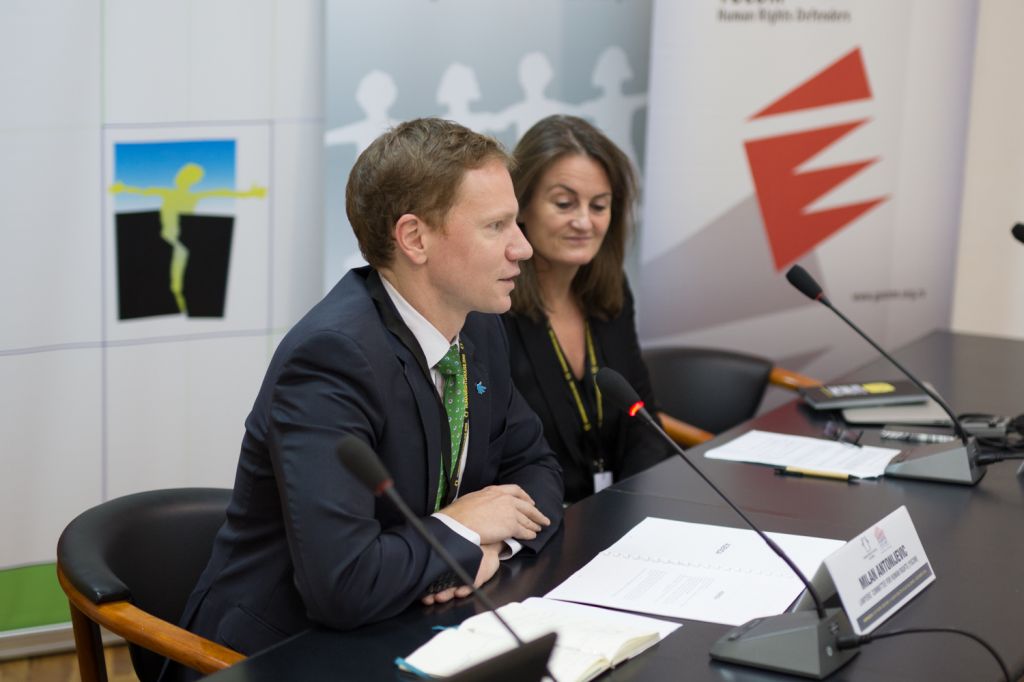 The Houses presented many of the same difficulties – often the national manifestations of negative regional and international trends. Each House gave their own unique perspective on these trends and their impact on civil society. This was both inspiration on how colleagues can deal with these challenges, and a warning on how these trends can lead to a rapid deterioration in protection and support for human rights defenders.

These common challenges included: access to funds and support, moves toward illiberal democracy, the need for more support from citizens and human rights education, restrictive legislation, the issue of division of political activity from human rights activity, and violations of press freedom.

Other Houses spoke of their ability to offer support to those facing these challenges. Nino Elbakidze, Human Rights House Tbilisi, commented: “I would like to thank authorities that we are not attacked any more, and we are able to give an opportunity to help others.”

Human Rights House Belarus, considered the expertise it could share with other Houses, such as on registering organisations in exile and digital security.

After sharing individual achievements and challenges, the session turned to how the Houses are stronger when they come together, and on how their impact is increased when they work to address a common challenge. To show this, the Network presented its campaign to protect and support human rights defenders under threat or imprisoned in Azerbaijan. This was narrated by the words of Azerbaijani human rights lawyer Initgam Aliyev, read out by colleagues from other Houses due to restrictions on his ability to travel: as said by Tetiana Pechonchyk during the presentation: “They [human rights defenders from Azerbaijan] are released, but they are not free.”

Discussions then turned to opportunities for partnership. Donors presented their programs and responded to questions from human rights defenders. HRHF then presented the preliminary recommendations of its research into how to address growing restrictions to foreign funding, and invited remarks, questions and follow up on this to get input to HRHF’s report on access to foreign funding to be launched in February 2017.