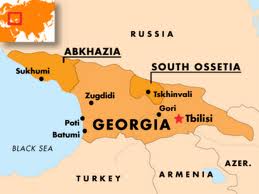 Public verbal attacks against human rights organisations in Georgia have increased. Some leading political figures even question space for civil society as such.

In a joint letter of 7 April 2015 to the Georgian President, the Prime Minister and the Parliament’s Chairperson, NGOs from 11 Human Rights Houses call upon the political leadership of the country “to stop slandering non-governmental organisations with unfounded accusations and suggestions that their work would harm the country.” Nino Elbakidze, Article 42 of the Constitution (© Vakhtang Kuntsev Gabashvili)“The situation is starting to resemble to an anti civil society campaign”, says Nino Elbakidze, Executive Director of Article 42 of the Constitution, a member organisation of the Human Rights House Tbilisi. ”Instead, political leaders should acknowledge the important contribution of civil society to the public debate, even if they disagree with the opinion voiced or work done by the non-governmental organisastion”.

The Prime Minister, Mr Irakli Garibashvili, was in May 2014 one of the voices joining the pack of slandering of non-governemntal organisations, by declaring that organisations participating in the campaign about privacy rights, This Affects You, would “undermine” the functioning of the State and “damage of the international reputation of the country,” as documented by the organisations in their joint letter.

In January 2015, the former Prime Minister Bidzina Ivanishvili proclaimed that the activities of the leaders of the three largest human rights organisations in the country, the Georgian Young Lawyers Association, Transparency International Georgia and the International Society for Fair Elections and Democracy, should be “studied” publicly, thereby implying that their work is either dishonest or illegitimate, or even worse, unlawful.

On 17 March, the Member of Parliament from the ruling Georgian Dream Coalition, Gogi Topadze, requested to shut down non-governmental organisations in Georgia and suggested to the authorities to take example from other countries, where NGOs do not function at all because they “undermine” the functioning of the States.

Most recently, on 31 March, the Member of Parliament Zviad Dzidziguri, also from the ruling party, expressed that NGOs and media representatives are wiretapping the ruling party. “Such accusations of criminal nature are unfounded and contrary to any work method of independent human rights organisations in Georgia,” further commented Nino Elbakidze. “Such accusations aim at slandering NGOs, their credibility and their value in the public debate in Georgia.”

“Threatening NGOs of adopting legislation narrowing the freedom of association and discrediting their working methods are the worst ways a political leader can act when disagreeing with NGOs,” says Florian Irminger, HRHF’s Head of Advocacy. “The Government should strictly condemn any signs of smear campaign against human rights defenders and their NGOs.”

In their joint letter, the members of Human Rights House Network call upon Georgian political leadership to refrain from engaging in smear campaigns against civil society organisations and to express public support for the important role of human rights defenders and the legitimacy of their work, in line with the Human Rights Council resolution 22/6, as well as the importance of their contribution to the public debate, even if you disagree with it.

Reactions on the issue: