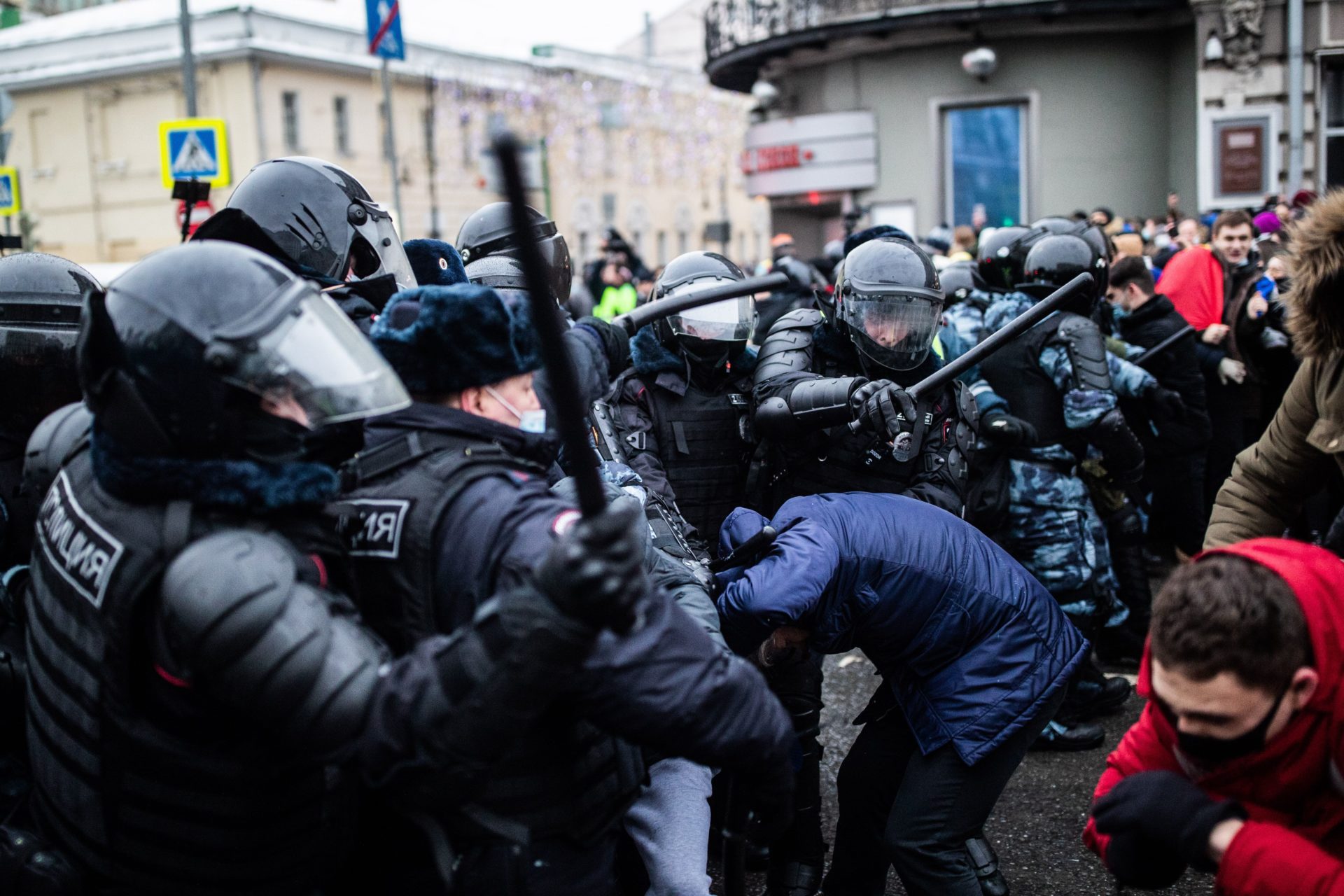 When US President Joe Biden stood in the East Room of the White House on September 15 flanked by television screens with the images of Australian Prime Minister Morrison and British Prime Minister Johnson, a new geopolitical trend came into stark relief for European policymakers. As many analysts subsequently noted, the announcement of the AUKUS trilateral security pact between the US, UK, and Australia underscored the fragility of European security, the need for greater emphasis on building strategic autonomy, and the fact that a strengthened European Union policy towards Russia, its biggest strategic competitor, is vital. Human rights must now play a central role in the design and implementation of an updated EU-Russia Strategic Policy.

In May 2021, following a number of “illegal, provocative, and disruptive Russian activities against the EU, its Member States, and beyond,” the European Council (EUCO) signaled an interest in reviewing its EU-Russia Strategic Policy. The European Commission responded with an initial framework for strengthening the EU’s Russia policy which reiterated the EU’s commitment to five core principles, and highlighted the desire to simultaneously “push back, constrain, and engage Russia.”

Before the end of the current year, the EC is expected to present more concrete proposals to support Russian civil society, human rights organizations, and independent media, as well as options for further restrictive measures against Russia, including economic sanctions. If the EU is to adhere to its values while promoting its own security, it is incumbent upon the EC and EUCO to set clear objectives for addressing the mounting human rights crisis in Russia.

While Belarus rightfully occupies significant attention in Europe, another human rights crisis exists on the doorstep of the European Union.

Independent civil society in Russia is under increasing attack after more than a decade of repression and restrictive legislation designed to silence dissenting voices and erode civic space. As Alexei Navalny’s attorney, Ivan Pavlov, noted in an HRHF-sponsored discussion of Russian human rights trends, “We used to have steamer boats full of dissidents leaving Russia. Now we have planes full of journalists leaving.”

Today, of those human rights defenders, journalists, and other dissenting voices who remain in the country, hundreds are unlawfully detained. At the same time, independent media outlets are being shut down and journalists targeted through the misuse of anti-terrorism legislation.

Sexual and gender minorities face even greater threats, especially in Russia’s North Caucasus region, with law enforcement agencies not only failing to protect these groups of people but actively participating in atrocities and systematically violating human rights, according to the Russian LGBT Network.

Russia’s human rights crisis will not resolve itself, nor will it remain contained within the borders of Russia. Indeed, over the last decade, actions and initiatives undertaken by the Russian authorities to attack human rights have repeatedly been used as a template by authoritarian regimes across the region.

Legislation in Azerbaijan threatening civil society organizations and freedom of association mirrors that of Russia. Efforts by Polish and Hungarian authorities to delegitimize independent media and human rights defenders are drawn from the Russian playbook.

Meanwhile, Russia is using the political and human rights crisis in Belarus as a “testing ground for authoritarian survival techniques.” If the EU fails to stand up to Russia and confront its human rights violations, these trends will continue and will threaten EU security.

The good news is that human rights are threaded throughout the EU’s five core principles of engagement with Russia. Therefore, it is logical for the EU’s Strategic Policy towards Russia to articulate human rights-centered action at the international, regional, and domestic levels.

At international forums such as the UN Human Rights Council and the Council of Europe, the EU and individual member states must provide proactive and robust leadership in the adoption of formal accountability mechanisms to scrutinize Russian human rights violations and hold perpetrators accountable. These accountability mechanisms can provide the EU with additional information on individuals responsible for human rights violations in Russia, who must be targeted by new, expanded sanctions regimes.

The EU must also ensure that any Russian legislation out of step with the country’s human rights obligations is raised in all key human rights dialogues and reviews, including through UN Treaty Body reviews and during the Universal Periodic Review process.

At the same time, the EU must expand and deepen its commitment to Russian human rights defenders and organizations, as well as independent media and journalists. It can do so effectively through legal and financial support to these groups and individuals, as well as by simplifying and fast-tracking visa processes for human rights defenders and their families facing threats for their legitimate work.

The European Commission’s simultaneous goals of pushing back, constraining, and engaging Russia will not be achieved by focusing solely on human rights. But they will also not be achieved without putting human rights at the center of the EU’s Strategic Policy towards Russia. Unless this happens, Russia’s domestic human rights crisis will continue to spill beyond its borders, and will threaten to unravel decades of human rights progress within the European Union itself.

Top photo: Moscow, 2 February 2021, people protesting against the sentencing of Aleksei Navalny to almost three years in prison are met by violence and arrests at the hands of law enforcement officers. Evgeny Feldman/Meduza