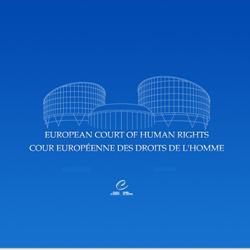 The European Court of Human Rights in Strasbourg, delivered today the Grand Chamber judgment in the case of Sejdic and Finci versus Bosnia and Herzegovina, accusing B&H of discrimination towards national minorities. Sejdic and Finci complained of their ineligibility to stand for election to the House of Peoples and the Presidency of Bosnia and Herzegovina on the ground of their Roma and Jewish origin.

The applicants, Dervo Sejdic and Jakob Finci, are citizens of Bosnia and Herzegovina. They were born in 1956 and 1943 respectively and live in Sarajevo. The former is of Roma origin and the latter is a Jew. They are both prominent public figures.

The Bosnian Constitution, in its Preamble, makes a distinction between two categories of citizens: the so-called “constituent peoples” (Bosniacs, Croats and Serbs) and “others” (Jews, Roma and other national minorities together with those who do not declare affiliation with any ethnic group). The House of Peoples of the Parliamentary Assembly (the second chamber) and the Presidency are composed only of persons belonging to the three constituent peoples.

The applicants complain because, despite possessing experience comparable to the highest elected officials, they are prevented by the Constitution of Bosnia and Herzegovina, and the corresponding provisions of the Election Act 2001, from being candidates for the Presidency and the House of Peoples of the Parliamentary Assembly solely on the ground of their ethnic origins.

The applications were lodged with the European Court of Human Rights on 3 July and 18 August 2006 respectively. On 10 February 2009, the Chamber before which the case was pending decided to relinquish jurisdiction in favour of the Grand Chamber pursuant to Article 30 of the Convention. The Venice Commission, the AIRE Centre and the Open Society Justice Initiative have been authorised to intervene as third parties pursuant to Article 36 of the Convention. A public hearing was held at the Human Rights Building, Strasbourg, on 3 June 2009.

“Eliminating the possibility for members of minority to take participation in the elections has no objective and reasonable excuse. Therefore, it is in direct conflict with European Convention on Human Rights, that prohibits discrimination”, it was stated from the European Court of Human Rights in Strasbourg.