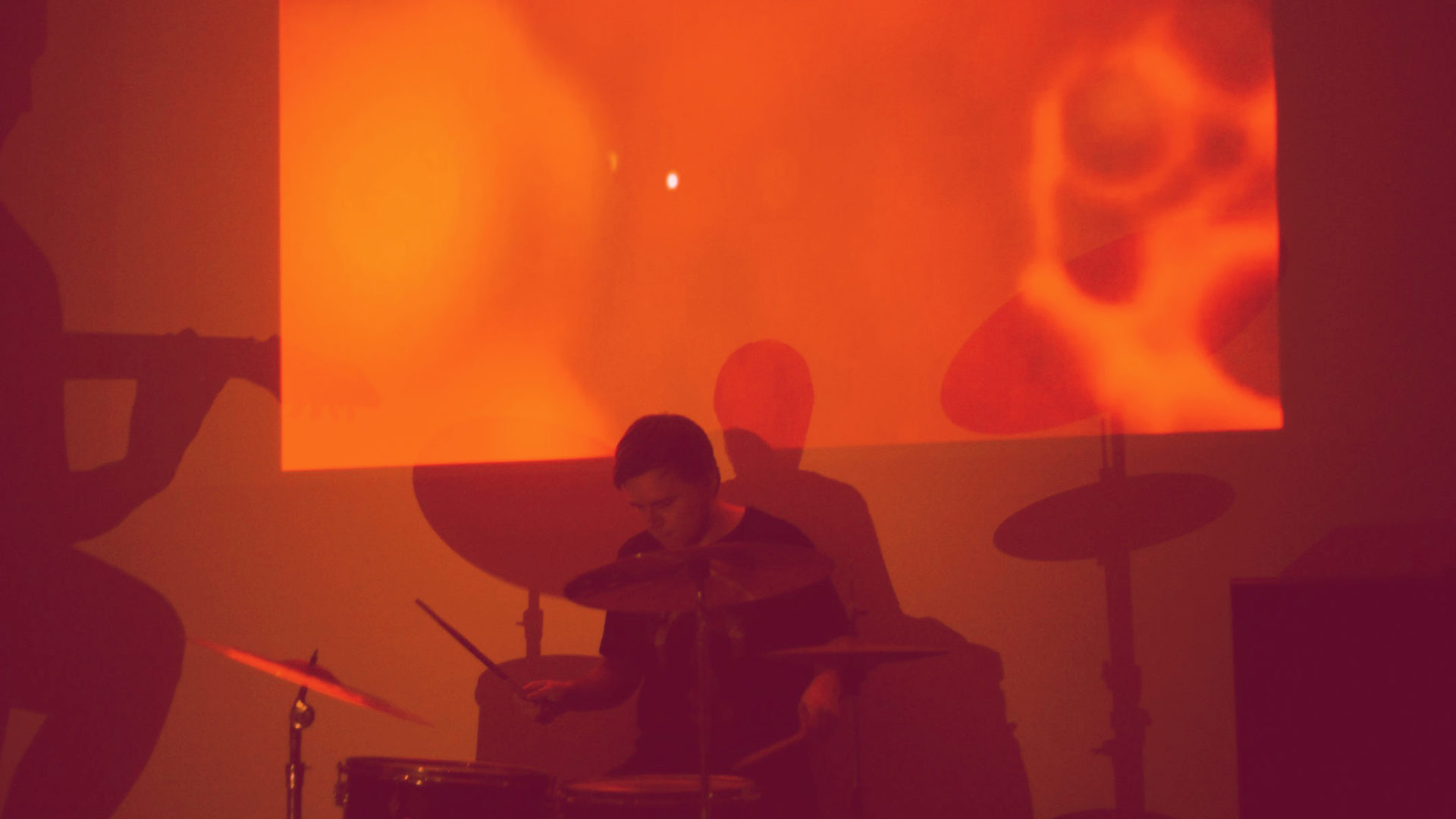 Human rights, death, and post-rock music were among the items on the agenda across 15 events held during the “City of rights / City is right” human rights festival held in city of Pskov from 7-10 February 2019.

The festival, now in its eighth year, attracted more than 250 visitors to the Creative Space Step, a local hub for events and exhibitions. Pskov is the third city to host the international festival. Originating in Voronezh, the festival was held for the first time outside of its home city in 2018, with events in Kaliningrad. The festival is co-organised by Human Rights House Voronezh,

We share photos and insight into the events and actions taken during the festival in Pskov. 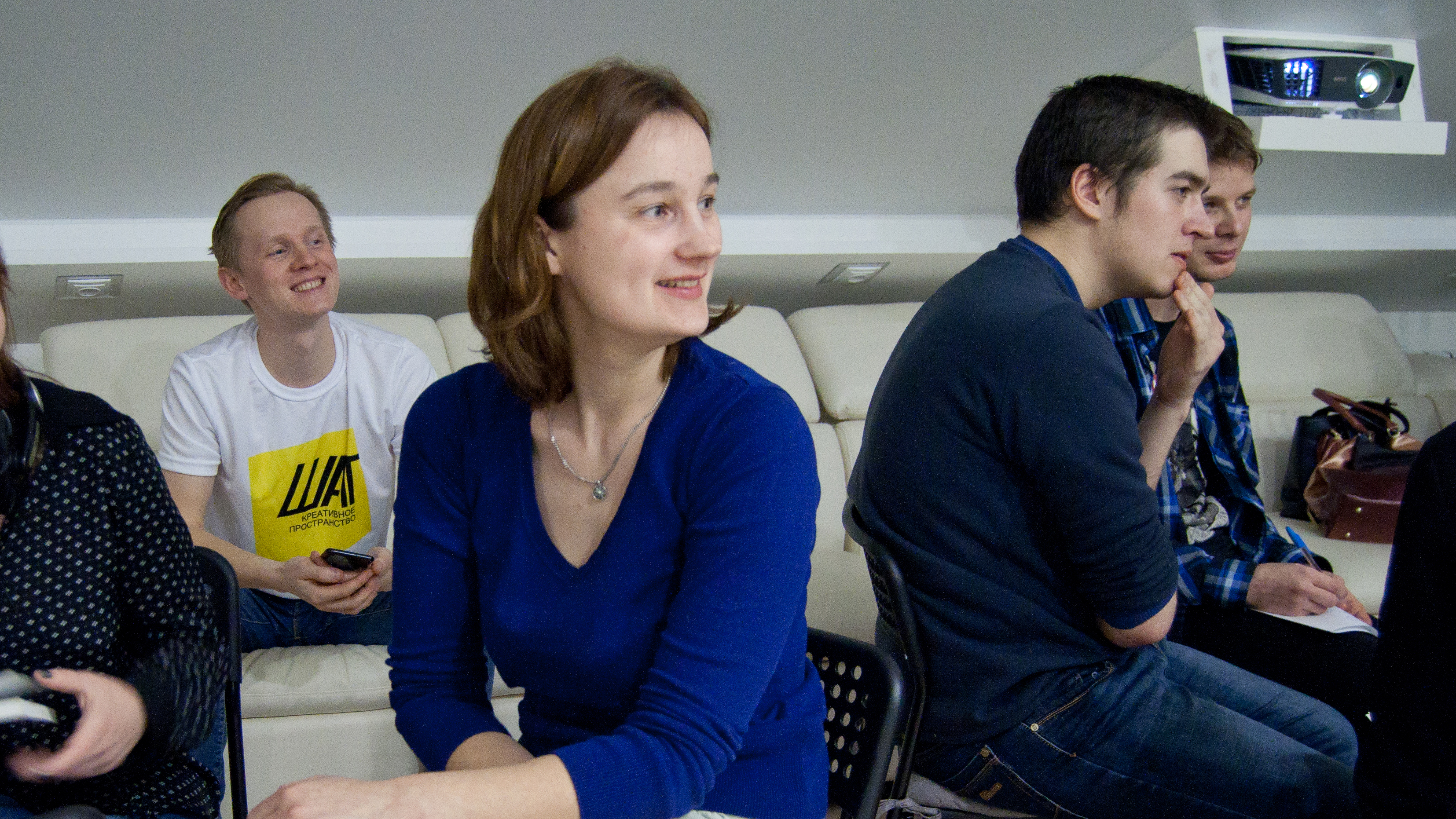 The festival weekend kicked off with the popular game “What? Where? When?” played with a human rights twist. Five teams were pitted against each other, answering questions about activists and human rights defenders, history and literature in an atmosphere that was fun for players and spectators alike.

City of rights / City is right will be held in Voronezh between 13-26 May 2019, as well as in the cities of Kaliningrad, Pskov and Syktyvkar. Festival organisers have launched a fundraising campaign on Russian crowdfunding platform planeta.ru aimed at raising 170,000 rubles (around 2,300 EUR).

You can make a donation at this site to support the festival, and receive rewards such as hand-crafted merchandise, signed books and photos, and masterclasses.

Funds collected will be used to pay for tickets and accommodation for experts to the festival from other cities, in the preparation and printing of posters, and for website hosting, administrative expenses, commissions and taxes.

The festival is also looking for volunteers to join the team. 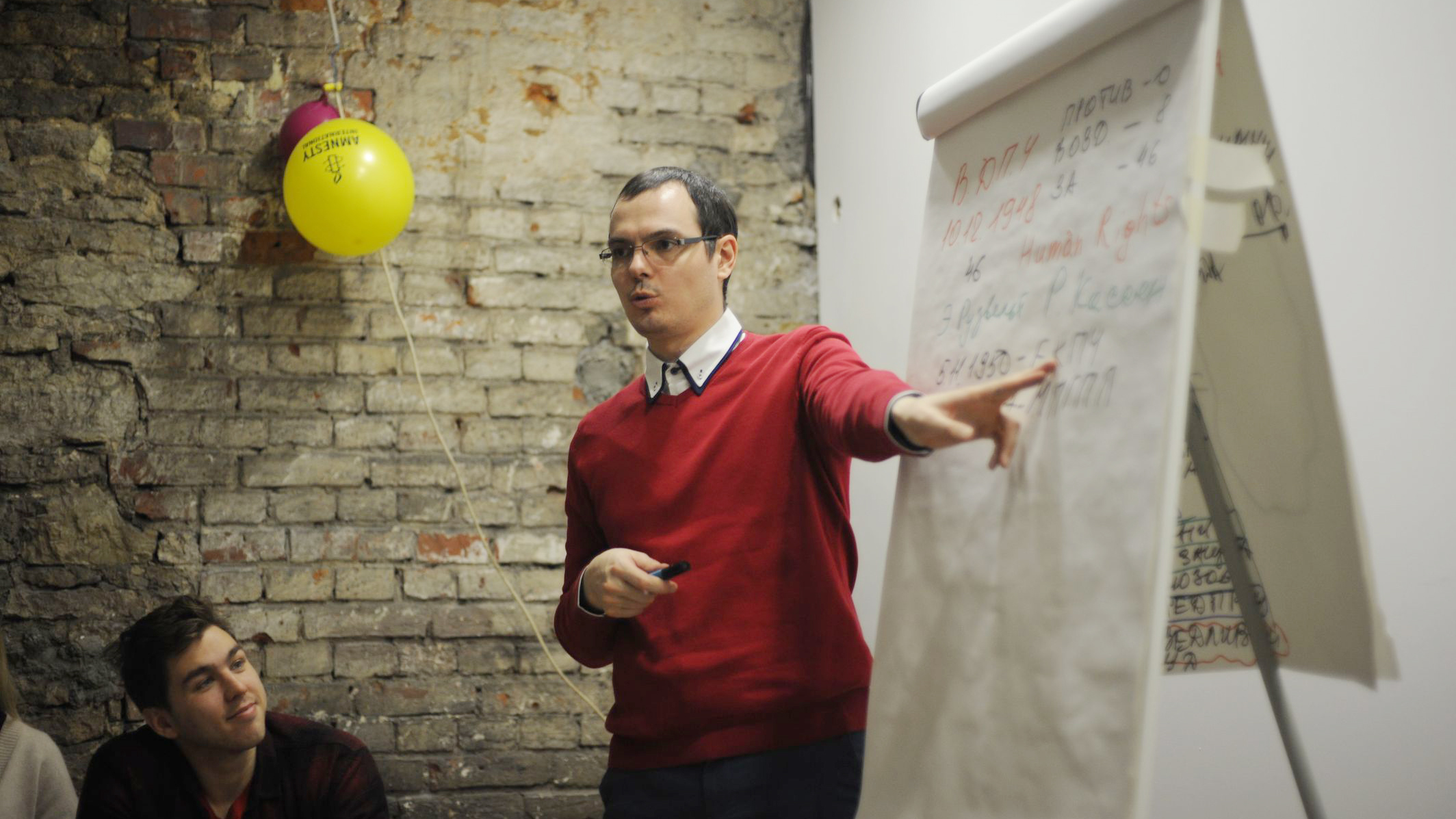 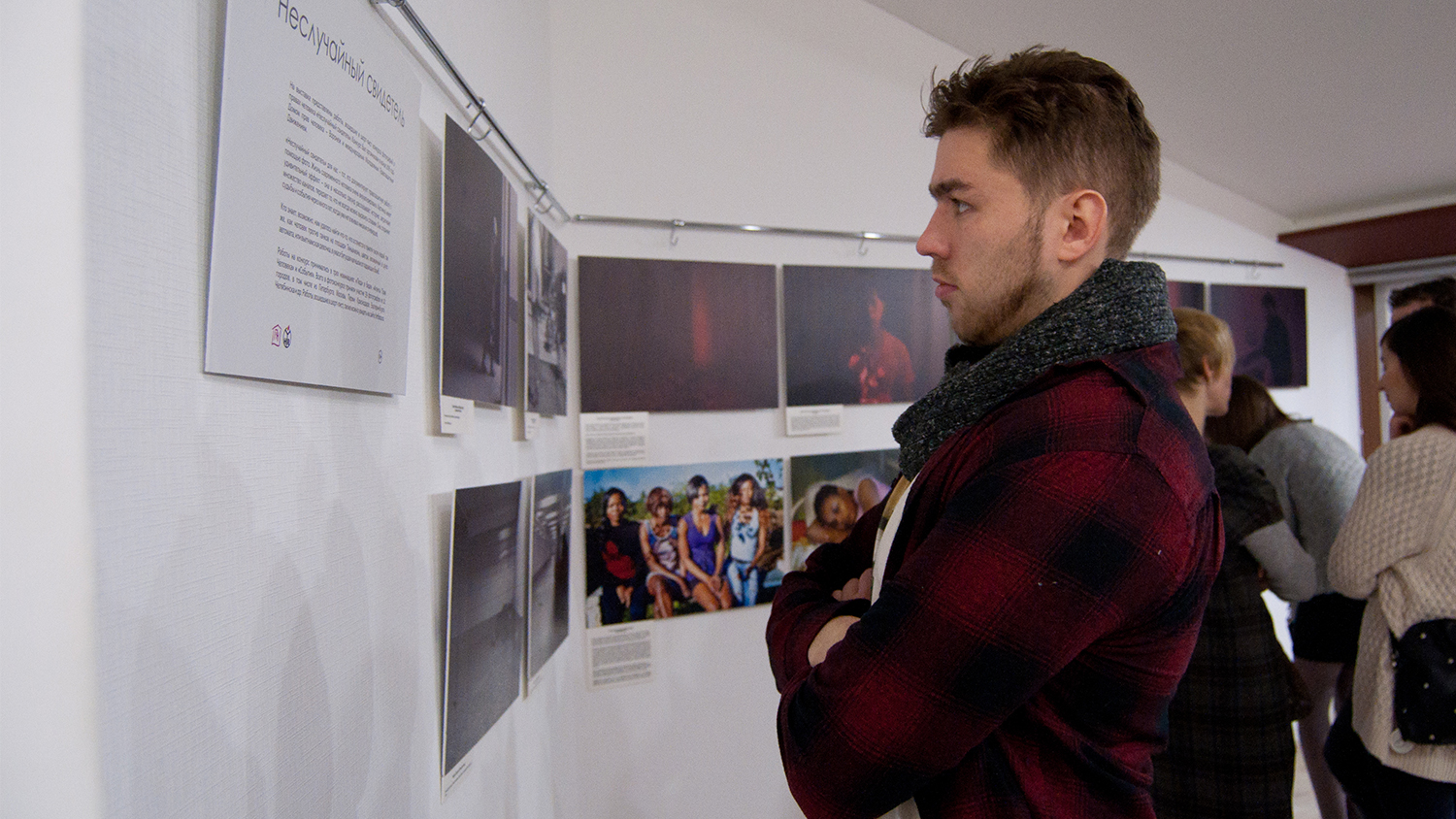 The “Not passing witness” photo exhibition was open to the public as a part of the festival, and was exhibited by itself for the month of January.

The exhibition presented photographs from the 2017 photo contest. The photographs, still potent after two years, raised many questions and ignited discussion on the ethical responsibility of documentary photographers, as well as on how slavery is able to exist in the modern world. 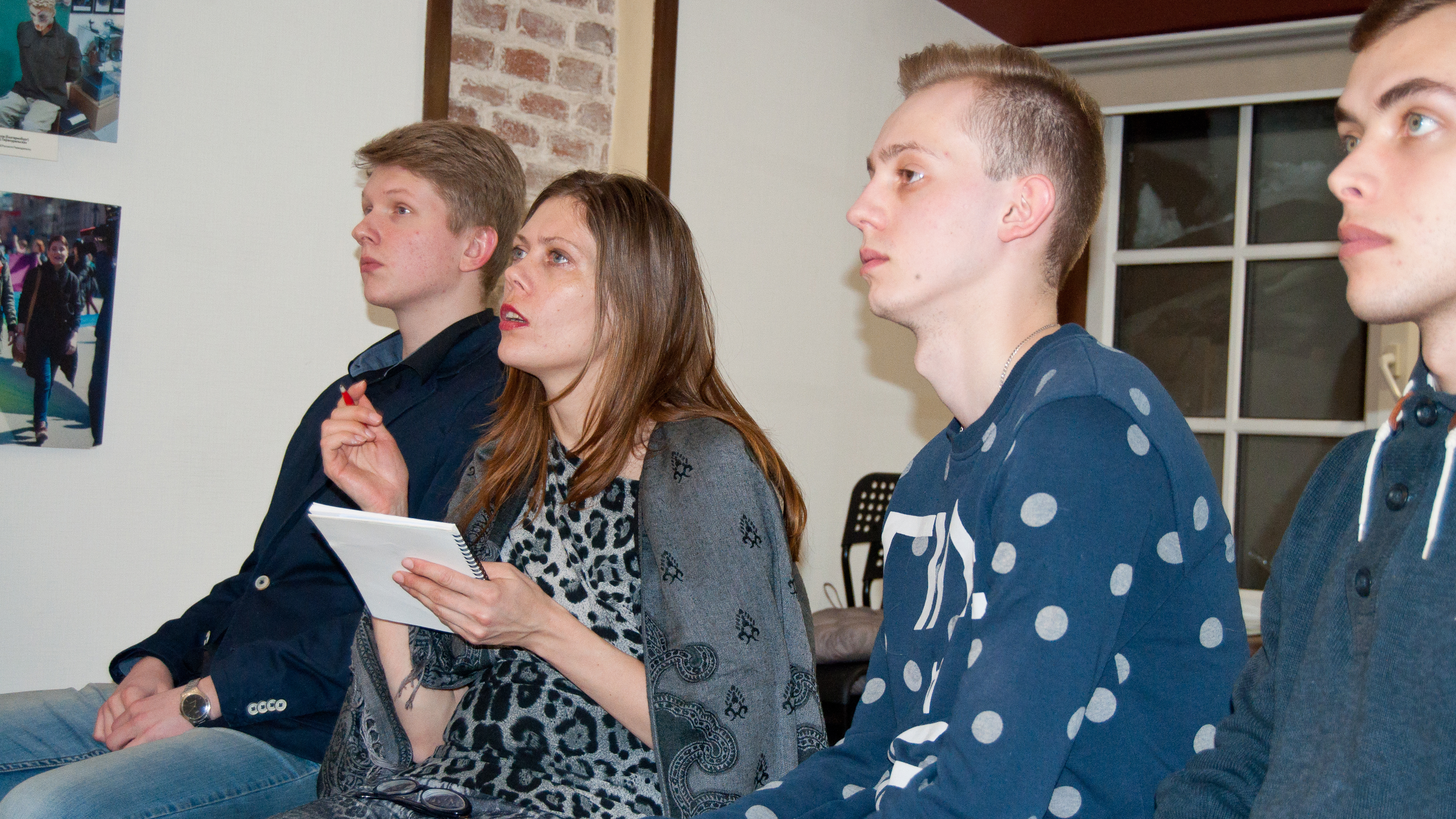 Military conscription and alternative civilian service was the focus of the lecture “Refusal of military service for peace”. The lecture was attended by conscripts and young boys approaching the age of conscription as well as their family members and female members of the public interested in the topic.

Talking about death: How, with whom and when to do so 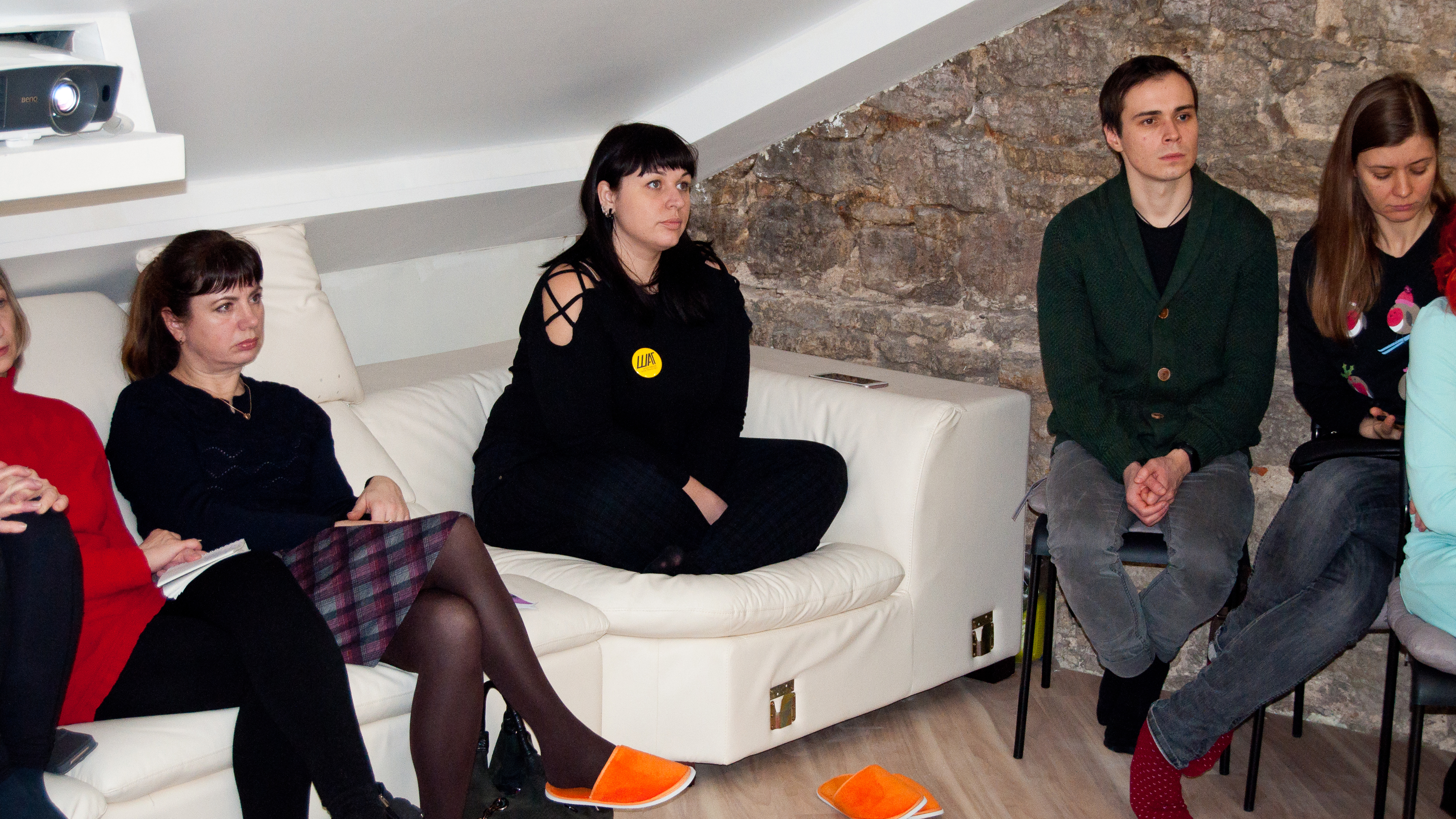 Death, a taboo subject in Russia, was explored in lectures from existential psychologist Irina Zhirkova and Katerina Pechurichko, the founder of the Death Café in Russia. Zhirkova provided insight on the search for the meaning of life according to Victor Frankl, a neurologist, psychiatrist, Holocaust survivor and author of “Man’s Search for Meaning”. Pechurichko gave a new lecture entitled “How, with whom and why to speak about death”. 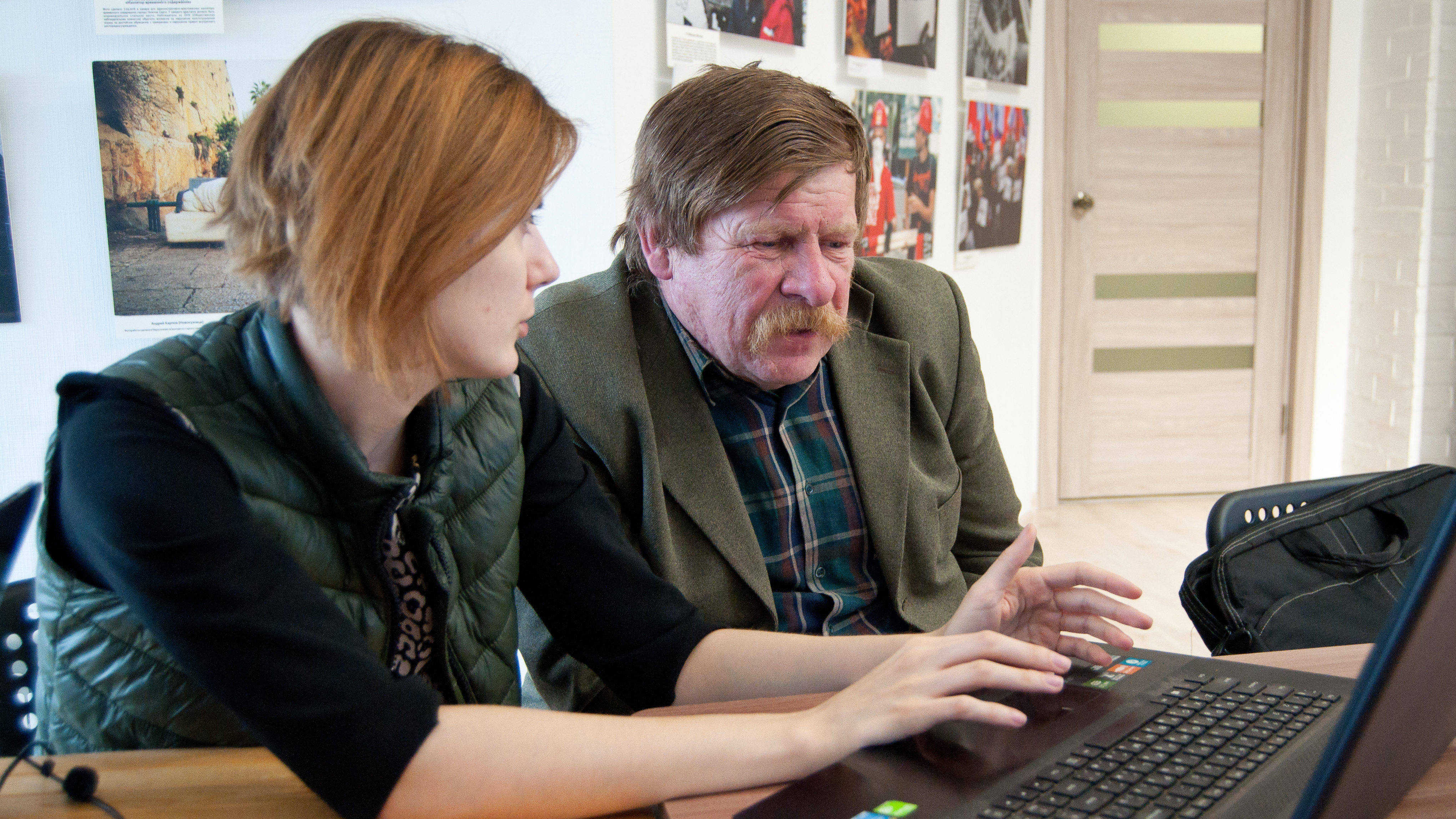 Participants with no previous understanding of coding built a website from scratch at the workshop “How to create a WordPress website if I don’t understand coding”, hosted by Greenhouse of Social Technologies. They also updated the website of a local environmental organisation, implementing a feature to accept donations. 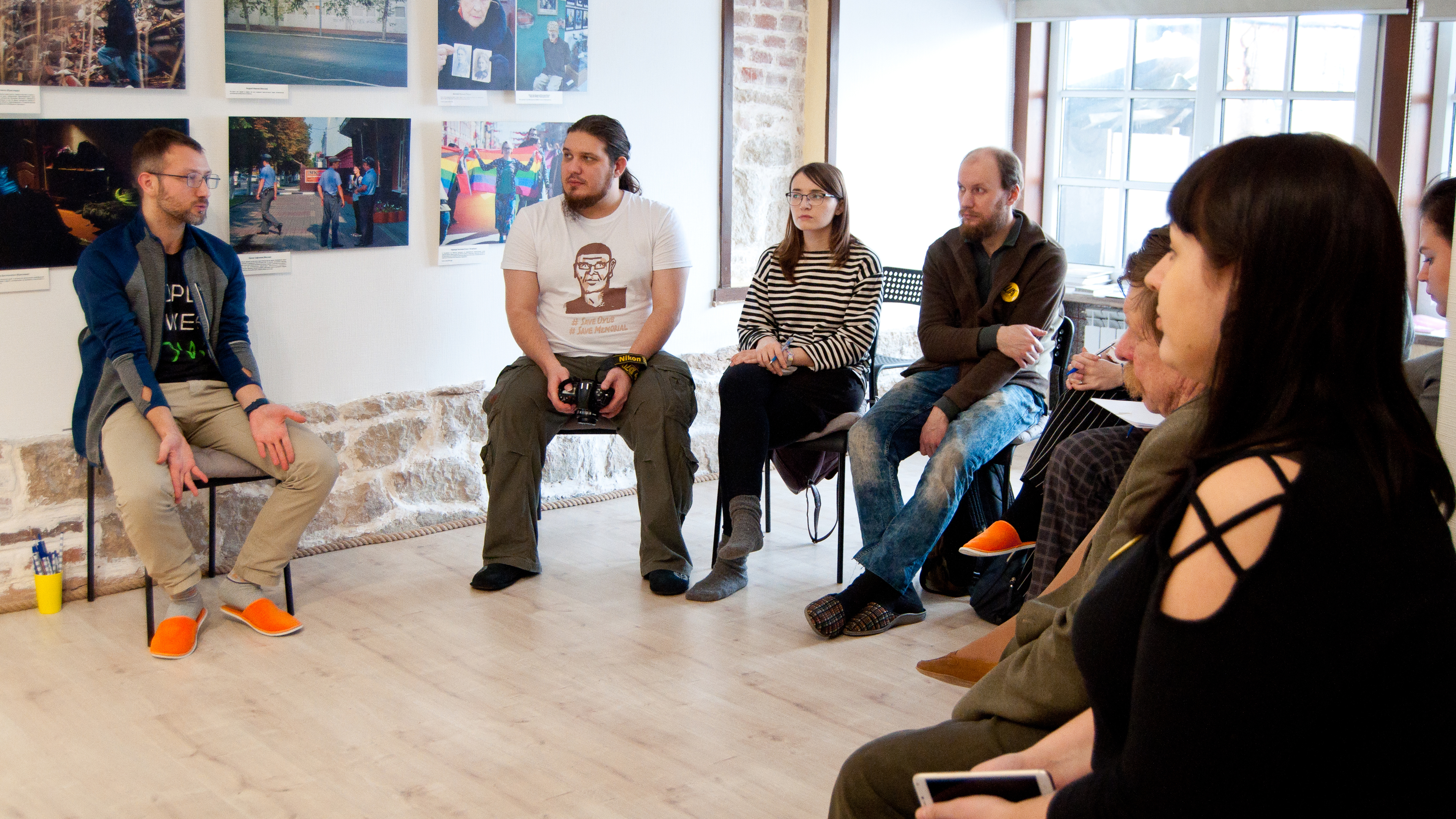 Vitaly Servetnik, co-chairman of Friends of the Earth (Russia), held discussions on modern ecological movements at the festival. He posed the question “How close are we really to ecological catastrophe?”, examining human impact and our own ecological footprints. 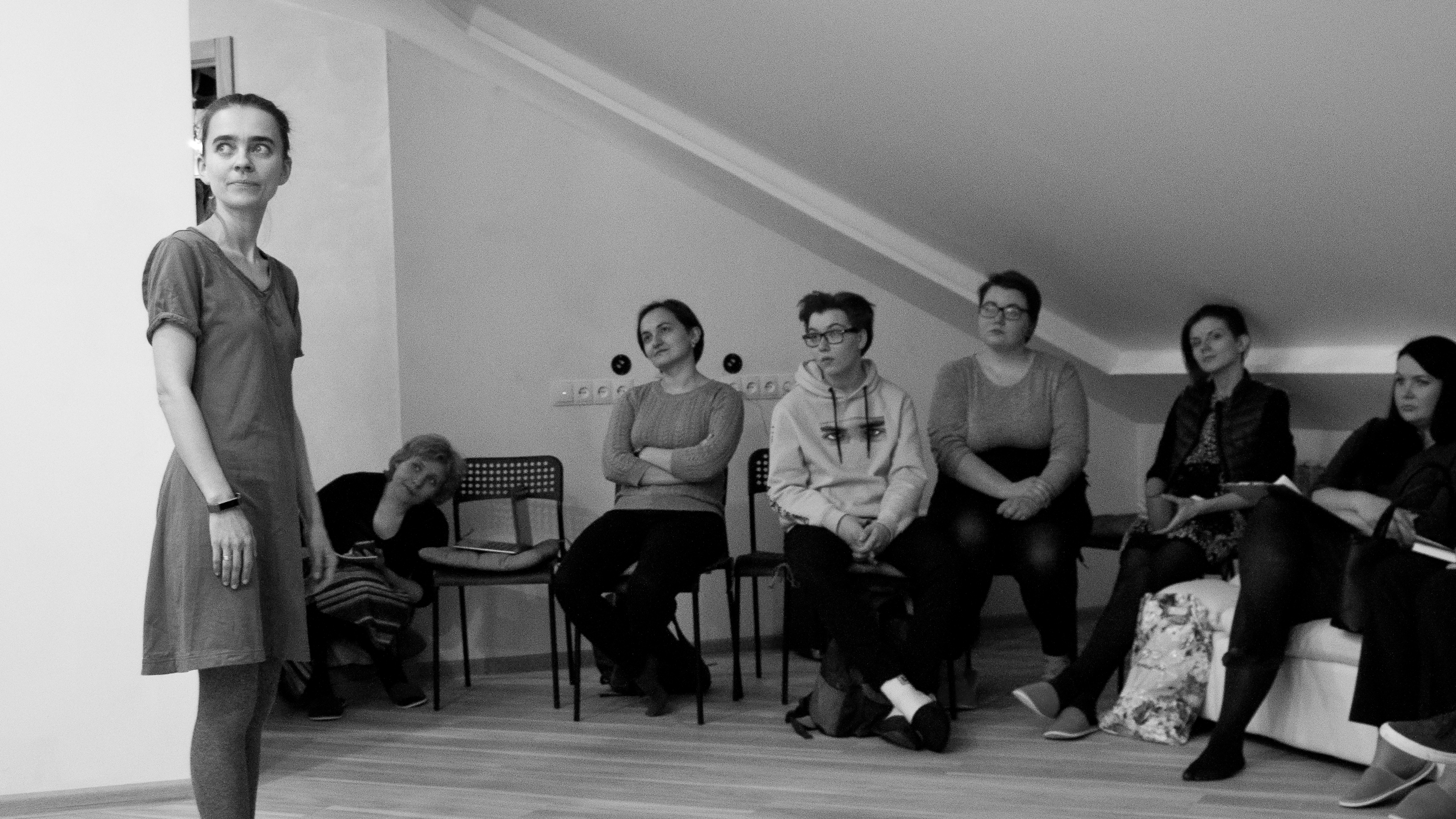 NGO Fair, a first for the City of Rights festival, was tested out in Pskov. Local activists, NGOs and civil initiatives were invited to the fair to mingle, present their ideas and projects, and to learn from one another. 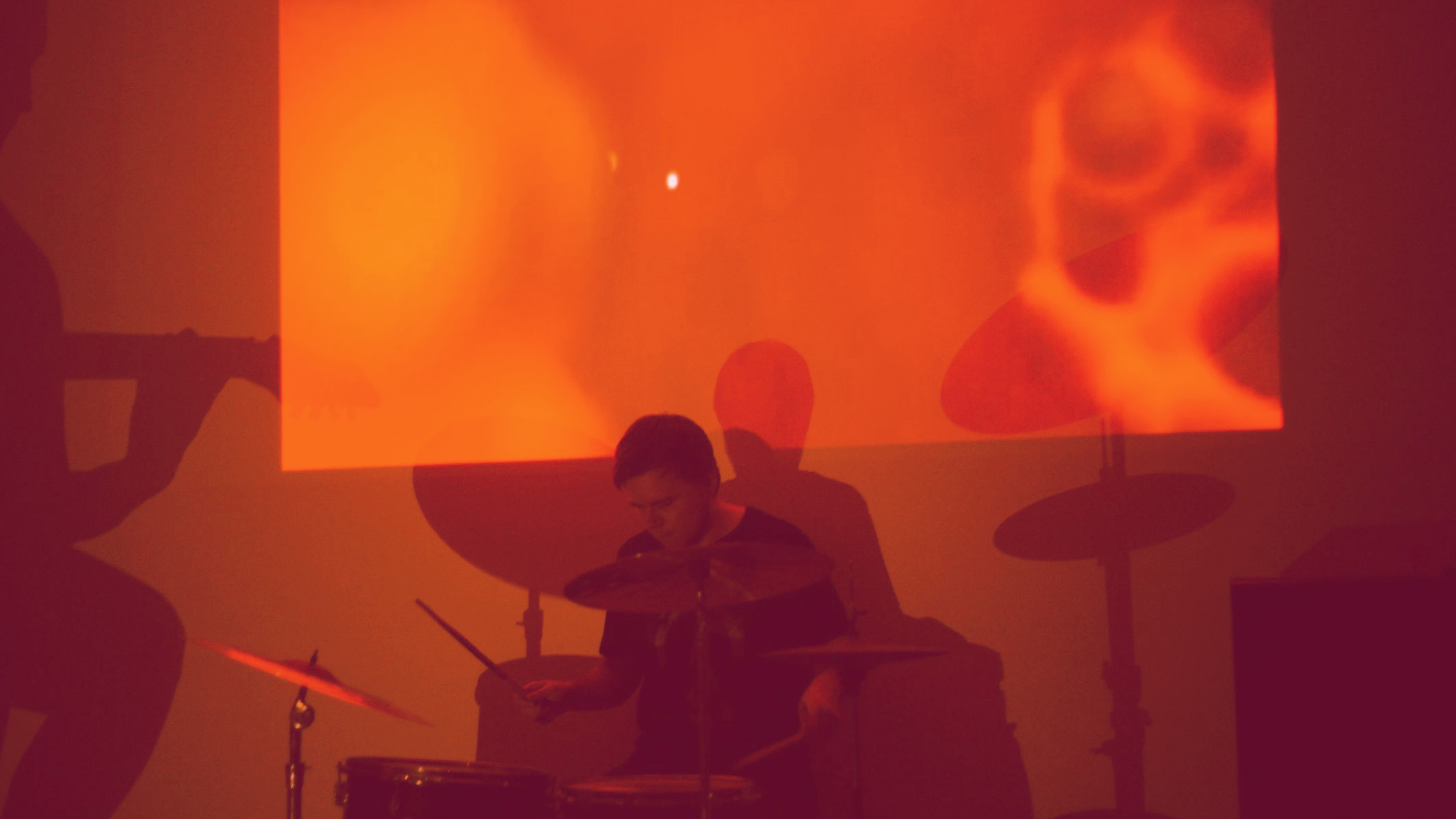 The City of Rights festival-goers were treated to a performance by Delight Effect, Pskov-based instrumental post-rockers, who filled the event with atmospheric music and projected visuals at the climax of events on Saturday.

Civil Control: Why Do People and the City Need It? 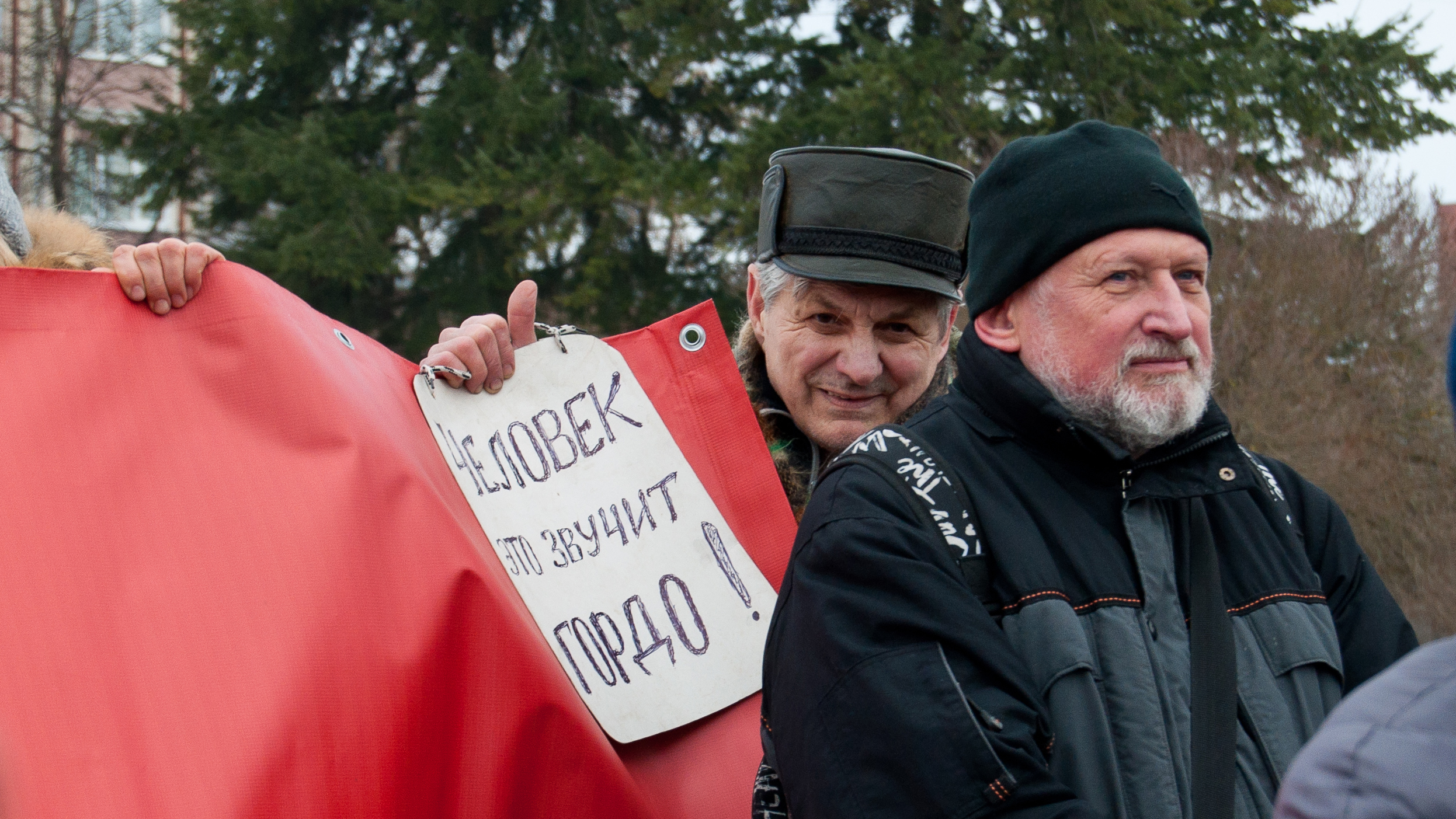 At the presentation “Civil Control: Why Do People and the City Need It?”, coordinators of the Joint Public Monitoring Group talked about how they monitor police, courts and public events, and how to build relationships with the authorities in difficult situations. Participants were able to combine theory and practice by observing a rally held in Pskov on 10 February in support of local journalist Svetlana Prokopyeva and freedom of speech in Russia. 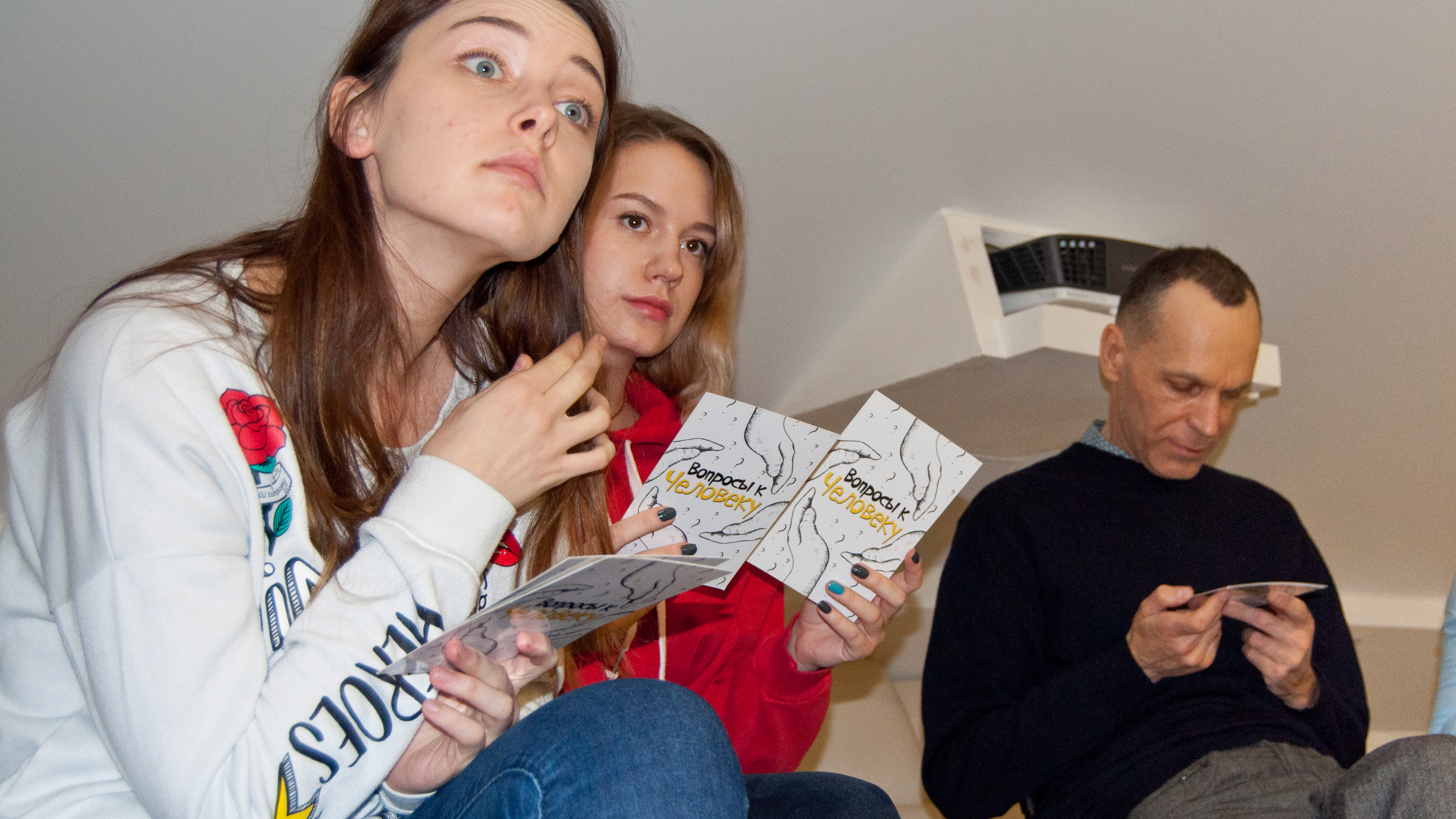 The festival ended with an open lesson, “Questions to Humanity”. Participants discussed the modern concept of humanity, studied different points of view on the subject and analysed the portrayal of humanity in literature, psychological experiments and biographies of the twentieth century. They concluded by formulating their own questions on humanity.

The festival was originally called “Human Rights Week” when it was launched in Voronezh in 2011. Human rights organisations from across the region held events, including Human Rights House Voronezh, which organised an open day and field legal consultations in districts of the Voronezh region.

In 2013, the event became a full-fledged festival of human rights and civil action and was renamed the “City of rights\City is right”.