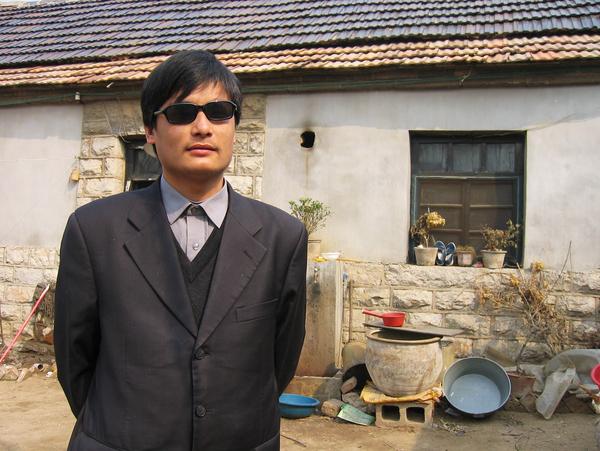 Chen Guangcheng is a courageous blind legal advocate famous for exposing the brutal practices of forced abortion and sterilization of Chinese women. He is in detention since 2006. Chen Guangcheng is gravely ill and being denied medical treatment. His wife has visited him only once since August 2006. Amnesty International Norway urges to take action and requires releasing him. 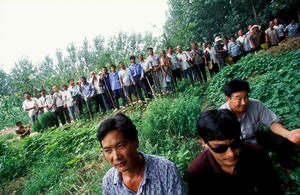 Chen, who has been blind since childhood, is known as “the barefoot lawyer” because of his self-taught legal skills.

Blind activist
Until very recently, the blind were denied college admission, so Chen was only permitted to audit classes and has no law degree. But neither his blindness nor his lack of a degree prevented Chen from exposing some 120,000 forced abortions in Shandong Province and filing class-action lawsuits on behalf of the victimized families.

The blind activist was well known in his home province of Shandong, Dongshegu Village, as one to whom fellow villagers came for advice. He started giving legal advice to disabled people in 1996, when he was only 25 years old.

But in 2005, his activism shook the entire country and beyond. This was when Chen went from village to village in Shandong Province collecting the testimonies of thousands and thousands of women who had been rounded up and forced to be sterilized or have abortions, even in the eighth month of pregnancy. 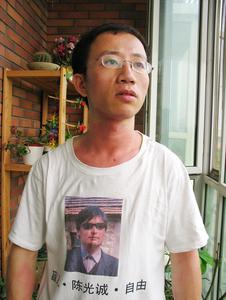 gainst the Linyi City bureau of the Family Planning Commission. He also exposed this hidden horror to major international media when he traveled to Beijing in June 2005 to file a lawsuit there.

A year later, as Chen was named one of Time magazine’s 100 most influential people of 2006, the media was covering his arrest and his sentencing to four years’ imprisonment.

In the Time tribute, Hannah Beech said, “He may have lost his sight as a child, but Chen Guangcheng’s legal vision has helped illuminate the plight of thousands of Chinese villagers.”

In September 2005, Chen was placed under house arrest by Linyi City officials. Beech related, “three hours after meeting with Time in Beijing to discuss the issue, Chen was shoved into an unmarked vehicle by public-security agents from his hometown. They bundled him back to his village, where he was held under house arrest for months.”

Charged with “organizing a mob to disturb traffic”
Then in March 2006, Chen was removed from his home and taken to detention. At his trial, which took place in August 2006, he was sentenced to four years and three months’ detention on the trumped-up charges of “damaging property and organizing a mob to disturb traffic.” Chen’s attorneys have also been subject to abuse of various forms for their defense of Chen Guangcheng.

According to Amnesty International Norway, the trial was unfair and witnesses say were tortured to testify against him. Chen Guangcheng has been beaten and abused in prison and denied necessary medical treatment.

In February 2009, Lord David Alton, member of the British House of Lords, provided an update on the blind activist, currently in prison for over 1300 days. 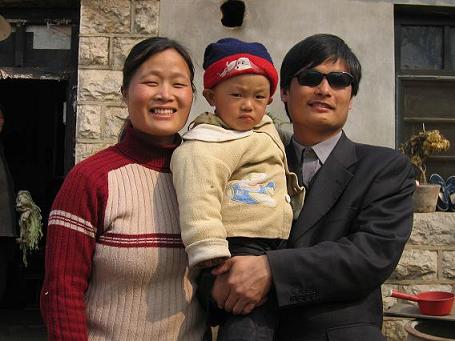 prison. He also told how one of Chen’s attorneys, Li Fangping, had been assaulted and severely beaten, when he traveled from Beijing to Linyi to meet with Chen during Chen’s house arrest.

Lord Alton revealed that Chen’s wife, Yuan Weijing, had only been permitted to visit her husband once in the whole time of his imprisonment.

Under surveillance of eight police officers
Yuan herself is under the heavy surveillance of eight police officers at all times at home with their two children Kerui and Kesi. She told Alton and Cox that Chen, whose health is deteriorating, shares a cell with seven or eight other prisoners who have been told not to speak to him. He survives mostly on bread and water, with an occasional vegetable.

Chen’s attorneys told Alton that in spite of his physical condition, Chen is “very strong in his resolve” and will not give up. They said that if he would “recant his previous statements” he would be released “immediately.” But he refuses to betray those families who have suffered through China’s one-child policy.

Disturbingly, not much more information has surfaced about Chen since Alton’s report. His courageous attorneys, like Li Fangping and Jiang Tianyong, continue to fight on his behalf, but Chen continues suffer imprisonment in the Chinese laogai (gulag). He should be released this year, if the Communist regime does not find some other reason to keep him imprisoned. By God’s mercy, Chen should then be able to return to his family once more. 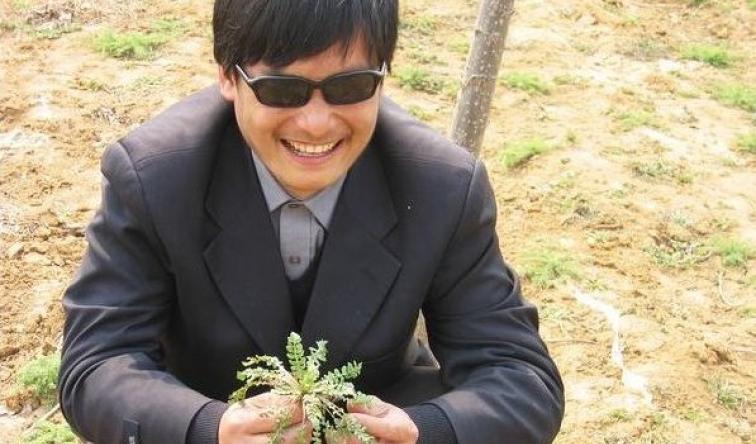 International consider Chen Guangcheng as a prisoner of conscience and demands his unconditional and immediate release.

What can you do?
Amnesty International Norway urges you to support Chen Guangcheng by:

Sign action;
Write to Chen Guangcheng (find address below);
Tell everyone you know about the case;
Create awareness about the case online and in the media, at school, at work and/or on the street;
Tell others what you have done in the comments.

The address of Chen Guangcheng in prison:

The address in Chinese:

HRH Bergen, based on Amnesty International Noraway press release and article by Faith McDonnell published at The Instiute on Religion and Democracy website.