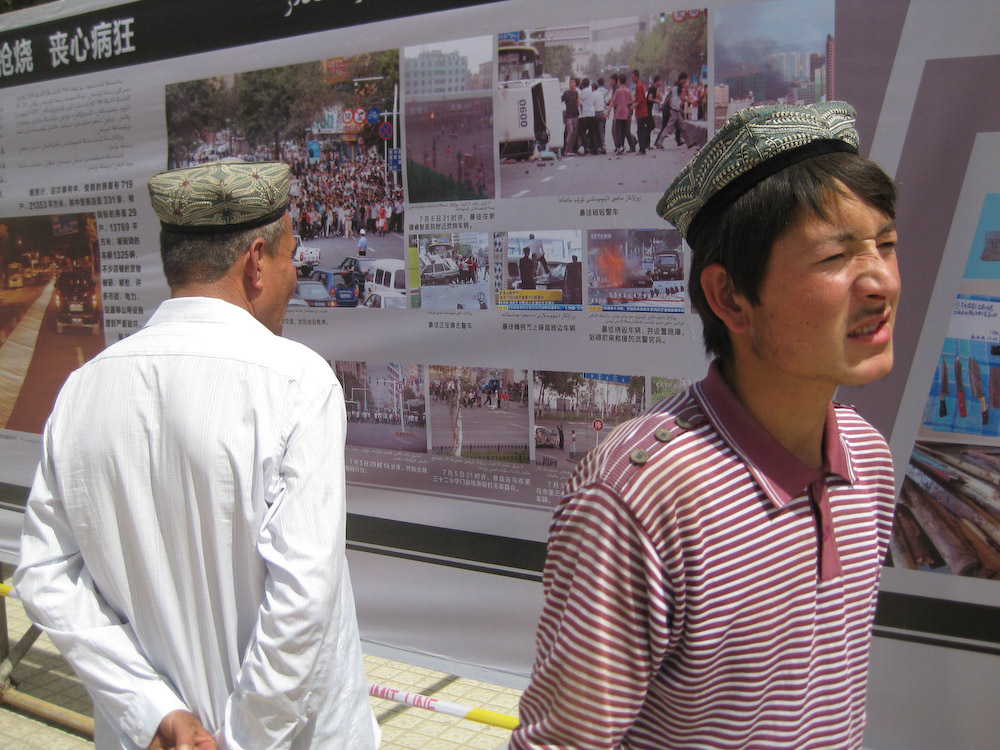 The World Uyghur Congress (WUC) is outraged, disgusted, and deeply saddened by Cambodia’s illegal, inhumane, and egregious forcible return to the People´s Republic of China of twenty Uyghurs who had sought refuge and protection in Cambodia. ‘They have no immigration papers, no visa’, explained the Ministry of Foreign Affairs, though refugees trying to save their lives are never supposed to have ones.

On Saturday evening, December 19, 2009 (Phnom Penh time), the Cambodian government – in severe violation of international law – forced these twenty Uyghurs, who included two children (6 month, 1 year old), aboard a special plane sent from the People´s Republic of China, the country from which they had escaped several months ago because of the immense risk that they would be persecuted on account of their peaceful political activities, Uyghur ethnicity, and Muslim religion. 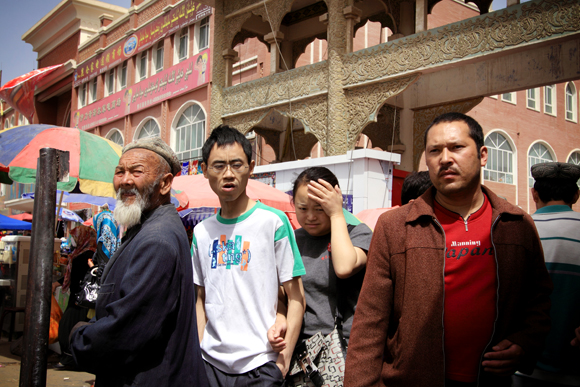 Amnesty International, with the exception of one Tibetan case, the Xinjiang Uyghur Autonomous Region (known to the Uyghurs as East Turkestan) is the only region in the People´s Republic of China where prisoners of conscience have been executed in recent years.

Cambodia has blatantly violated its obligations as a party to the 1951 UN Convention relating to the Status of Refugees, the 1967 Protocol to the Refugee Convention, and the Convention Against Torture through its refoulement of these Uyghur asylum-seekers, and in doing so, has betrayed the entire international community – every single one of us. Cambodia has become an accomplice to the Chinese government’s human rights violations against the Uyghurs.

WUC vows to continuously hold Cambodia accountable for this horrific action and to make sure that the world never forgets this atrocity committed by the Cambodian government.

According to media reports, the refoulement came one day before Chinese Vice President Xi Jinping’s scheduled visit to Cambodia, during which Cambodia is expected to sign 14 agreements with the People´s Republic of China related to infrastructure construction, grants, and loans.

The twenty Uyghurs returned to the People´s Republic of China were part of a group of Uyghurs initially numbering twenty-two that had fled the People´s Republic of China after the brutal suppression of a peaceful Uyghur protest on July 5, 2009 in Urumchi, the regional capital of East Turkestan (XUAR), by Chinese security forces. According to numerous witness accounts, security forces committed extrajudicial killings of protesters. Most of the twenty-two Uyghurs witnessed Uyghur peaceful demonstrators being arrested. At least one saw Uyghur nonviolent demonstrators being shot and killed by Chinese security forces. Some of the twenty-two Uyghurs were accused of being instigators because of their religious knowledge. 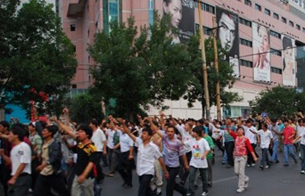 The WUC asks the international community and media to remember that the events of July 2009 began with the Chinese government’s brutal suppression of this peaceful, non-violent protest in Urumchi and that the ethnic unrest and violence in Urumchi succeeded that initial event. Since the protest and unrest in Urumchi in July 2009, Chinese security forces have conducted a fierce crackdown in East Turkestan and have arrested thousands of people. Many have been arrested in widespread, indiscriminate security sweeps, including mass roundups of young Uyghur men. Eighteen Uyghurs have already been sentenced to death (three of them with a two-year reprieve) for crimes allegedly committed during the July 2009 events after non-transparent, egregiously unfair trials plagued with intense politicization and severe lack of due process. Eight of these eighteen Uyghurs were executed less than four weeks after being sentenced. 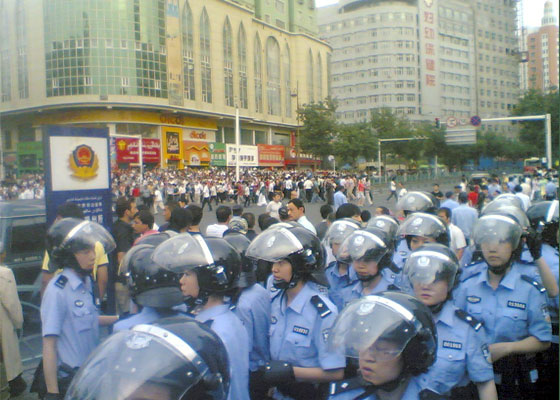 According to the Congressional-Executive Commission on the People´s Republic of China, official statements from the Chinese government and state media reports have suggested that some acts of peaceful protest on July 5th would be formally subjected to criminal prosecution and an XUAR official admitted that the authorities were holding in custody people who had protested peacefully on July 5th.

22 Uyghurs – refugees
The twenty-two Uyghurs, of whom twenty were forcibly returned to the People´s Republic of China, had escaped the People´s Republic of China with the aid of an underground network of Christian missionaries, crossed China’s southern border into Vietnam, and then made their way into Cambodia. They were living in a refugee camp in Cambodia and were in the process of applying for refugee status/asylum. In Cambodia, applications for refugee status/asylum are jointly assessed by the Office of the United Nations High Commissioner for Refugees (UNHCR) and the Cambodian government. Two of the Uyghurs fled the refugee camp amid intense threats that the Uyghur asylum-seekers would be returned and therefore, these two were not among those returned to the People´s Republic of China.

The Uyghurs in Cambodia first garnered international attention more than two weeks ago when several media outlets first reported on their situation and presence in Cambodia. The Chinese government asserted pressure on Cambodia to violate international law and return these Uyghurs to the People´s Republic of China. The United Nations, the United States, and human rights organizations pressed Cambodia not to forcibly return them.

‘No visa’
Amnesty International’s Asia-Pacific director, Sam Zarifi, sent an open letter dated December 16, 2009 to Sar Kheng, Deputy Prime Minister and Minister of Interior of Cambodia, reminding the Cambodian government of its obligations under international law, warning the government that these Uyghurs “would be particularly vulnerable to torture and other cruel, inhuman, or degrading treatment” if returned to the People´s Republic of China, and strongly urging the government to refrain from returning them and to ensure that they have access to a fair asylum process. On December 17, 2009, Koy Kuong, spokesman for the Ministry of Foreign Affairs, told the Phnom Penh Post that Amnesty International’s concerns were “premature” and yet, two days later, the Cambodian government forcibly returned the Uyghurs to the People´s Republic of China. Cambodian officials made a futile attempt to concoct a reason for Cambodia’s violation of international law

On December 18, 2009, Koy Kuong, the spokesman for the Ministry of Foreign Affairs, disingenuously and audaciously stated: “All 20 [Uyghurs] illegally entered Cambodia, because they have no immigration papers, no visa. Therefore they violate Cambodia’s 1994 immigration law. They have to be deported, because they are illegal immigrants.”

However, many refugees do not have visas or immigration papers. Refugees are in desperate flight from persecution and have to employ whatever means that they can to reach countries where they will be safe. Whether a refugee has immigration papers is completely irrelevant to Cambodia’s obligations under the aforementioned UN treaties.

As reported in the Associated Press, Kitty McKinsey, a spokeswoman for the UNHCR in Bangkok, said that the UNHCR had staff prepared to try to physically prevent the deportation if it had taken place on civilian side of the airport, but it ended up taking place on the military side of the airport. She said that the refugee agency is preparing a protest to the Cambodian government.