Belarusian Internet-providers are eagerly preparing for 1 September. From that day on they will have to filter illegal materials on by-net, the Belarusian segment of World Wide Web. Despite the criticism of international organisations and quite substantial financial losses this next step to increase the Internet censorship in the Republic of Belarus is ready to be fully implemented.

On 29 June 2010 the joint decree of the Special Analytical Centre and the Ministry of Communication prescribed procedures to restrict Internet users’ access to information that violate the Belarusian legislation. Supposedly, the state was being protective of minors limiting their possibilities to access ‘extremist and pornographic materials.’ Yet it is only the official version.

After the Internet-filter decree was officially announced, BelTeleCom, the state owned Internet monopolist, declared its readiness to filter information right away, if it was necessary.

“There is the deadline – 1 September, nobody has cancelled it yet. Naturally, we, as a state owned provider, are going to respect the law and this decree. We have bought software and hardware, there are qualified professionals who are keeping everything in check,” the company representatives assured.

Other providers also stated that they were prepared to filter any illegal information. Yet several of them acknowledged that it was still not clear about lists of banned Internet resources. The State E-Communication Inspection promised that soon these lists will be available to all Internet providers.

However, there is a flip side to the decree. On 1 September, Internet-users will not only have to deal with the long-awaited filter but also with other rather unexpected consequences.

Users will pay for the state censorship?

According to several private Internet providers buying new hardware for filtering the web content was rather expensive. “Extra expenses, without any proper or partial compensation is out main problem now,” Maxim Liaudanski, a head of Aičyna-Plus Telecommunication Company, shared with press.

He said that goals as stipulated in the decree were coming from a high moral reasoning, yet means to realise them were ‘crippled.’

“Filtration costs will have to be paid by providers and consequently users will have to pay them as well. How are we supposed to breakeven otherwise?” Mr Liaudanski said.

He also added that “as BelTeleCom is a monopolist, it will be impossible to increase Internet prices. It means that users will not be affected directly by increased tariffs, rather they will not receive some services or get them at a different quality. There are many possibilities here; it all depends on how bad telecommunication company finances are.”

Thus, the Internet censorship will rebounce on ordinary users making services more expensive and less reachable attainable. It appears that the Belarusian authorities are expecting this exact outcome. The Internet Law No. 60 introduced two months ago is a strong evidence in support of that.

Law No. 60 crippled Internet-cafés
Not only providers but also Internet-cafés are suffering the consequences of Law No. 60. For two months now they are forced to refuse customers without IDs.

From 1 July in Belarus in order to surf the web in public access places one has to produce a document confirming one’s identity. According to various sources these establishments lost around 30-50% of their clientele. 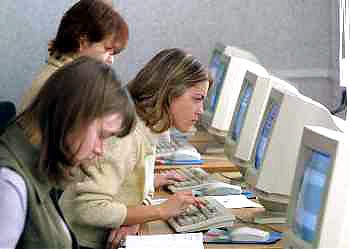 “Demand on Internet related services fell twofold. Naturally, our revenues plummeted. We are simply becoming unprofitable.” an owner of one big Internet-café in Minsk shared.

Internet-café staff noted that even those customers who have their IDs still were very agitated by the fact that they were being screened. Some experts believe that Law No. 60 simply destroyed these private businesses.

“Owners will be forced to close down their Internet centres either selling out or opening something else instead,” other businessman felt.

When asked to comment on whether these measures were justifiable he simply noted that in six years of his work law enforcement officers had visited his café only thrice looking for some minor Internet-criminals. And that was when they had more than 300 customers a day…

It become self-evident: the Belarusian authorities regard a free access to information of citizens as a great threat. New measures directed at filtering the Internet content and Law No. 60 will significantly limit opportunities of simple users to surf for alternative information. At the same time when all civilised countries are trying to do quite the opposite by trying to reduce the digital divide Belarus hides behind yet another Iron Curtain of the Internet censorship.