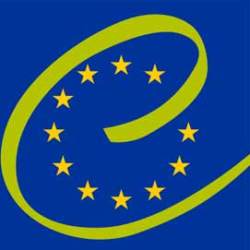 The rapidly deteriorating human rights situation in Azerbaijan, particularly the ongoing arrests of journalists and human rights defenders on spurious charges, pressure and violence against them committed with full impunity, new restrictive laws to limit freedom of expression, clearly demonstrate Azerbaijan’s unwillingness to take all necessary actions to fully implement its human rights commitments made to become a member of the Council of Europe.

With its international and Azerbaijani partners, the Human Rights House Foundation (HRHF) calls upon the Parliamentary Assembly of the Council of Europe to take clear measures to protect and promote human rights in Azerbaijan, including by recognising the problem of political prisoners, at its June 2012 session.

Many who express opinions critical of the authorities – whether through traditional media, online, or by taking to the streets in protest – are imprisoned, attacked, harassed or otherwise targeted. Journalists, bloggers, human rights defenders and political and civic activists are subjected to pressure, threats, smear campaigns, harassment, arrests on politically motivated or fabricated charges, and acts of violence committed with full impunity. Although the number of government-initiated criminal libel cases against journalists seems to have decreased over the past two years, the charges against journalists have shifted to include alleged hooliganism, drugs possession, evading military service, inciting hatred, accepting bribery and tax evasion. The imprisonment of journalists and human rights defenders on charges not ostensibly linked to their work is seen as a new trend to silence critical voices.

Currently, eight journalists are detained or imprisoned and one photo-journalist faces imprisonment in Azerbaijan. Four human rights defenders are held behind bars.

The crackdown on a series of unsanctioned demonstrations continue since 2011, including during the week of the Eurovision Song Contest 2012 in Baku in May, which resulted in dozens of peaceful protesters being arrested and sentenced to administrative detention, including two journalists, and police used excessive force to disperse protesters. More than 70 peaceful opposition protesters were arrested by police.